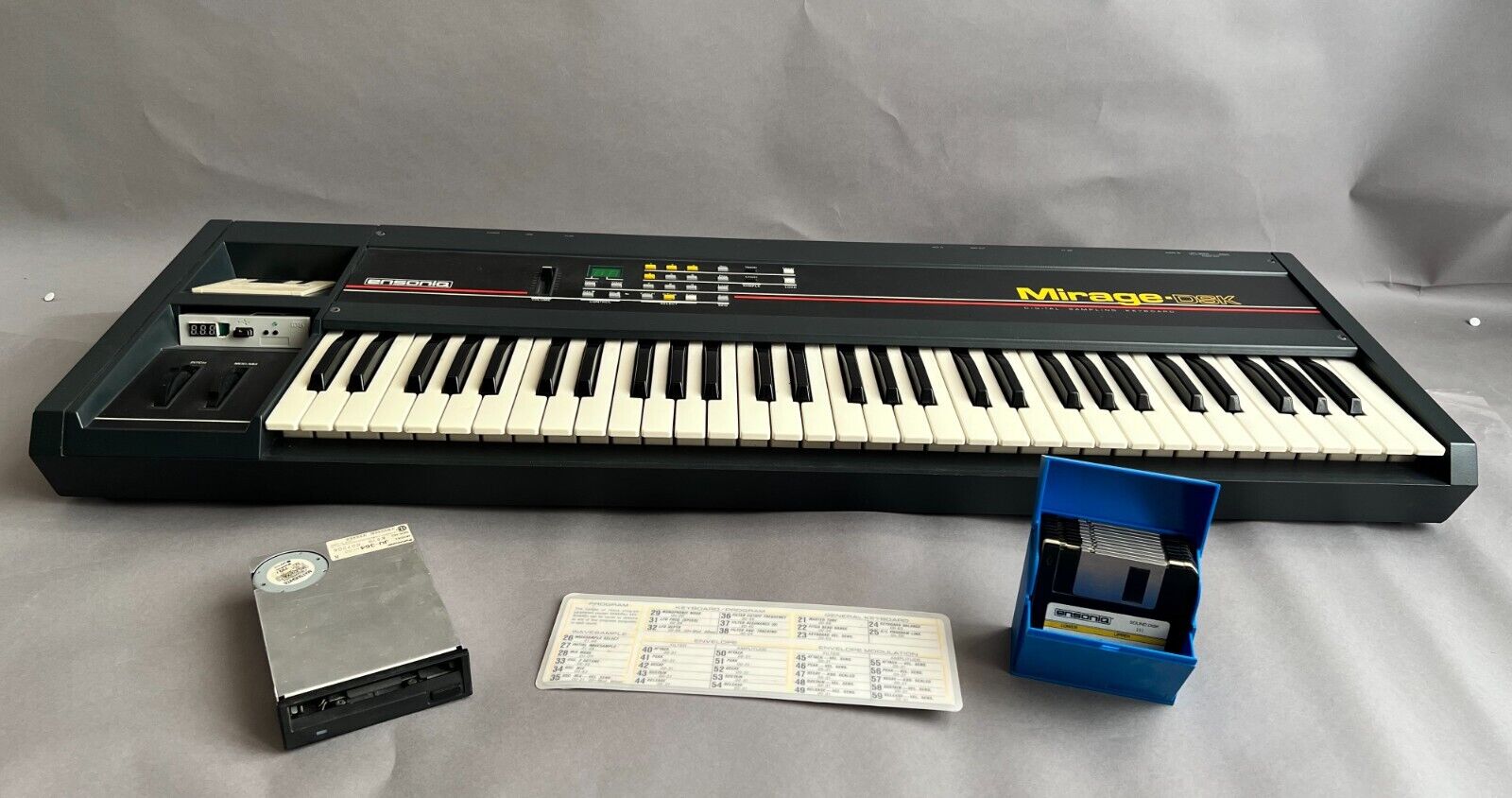 “Selling my beloved Mirage, works like day one.
It comes with its original Floppy driver that also works perfectly and a good quality flycase.”
Click here to visit listing on eBay 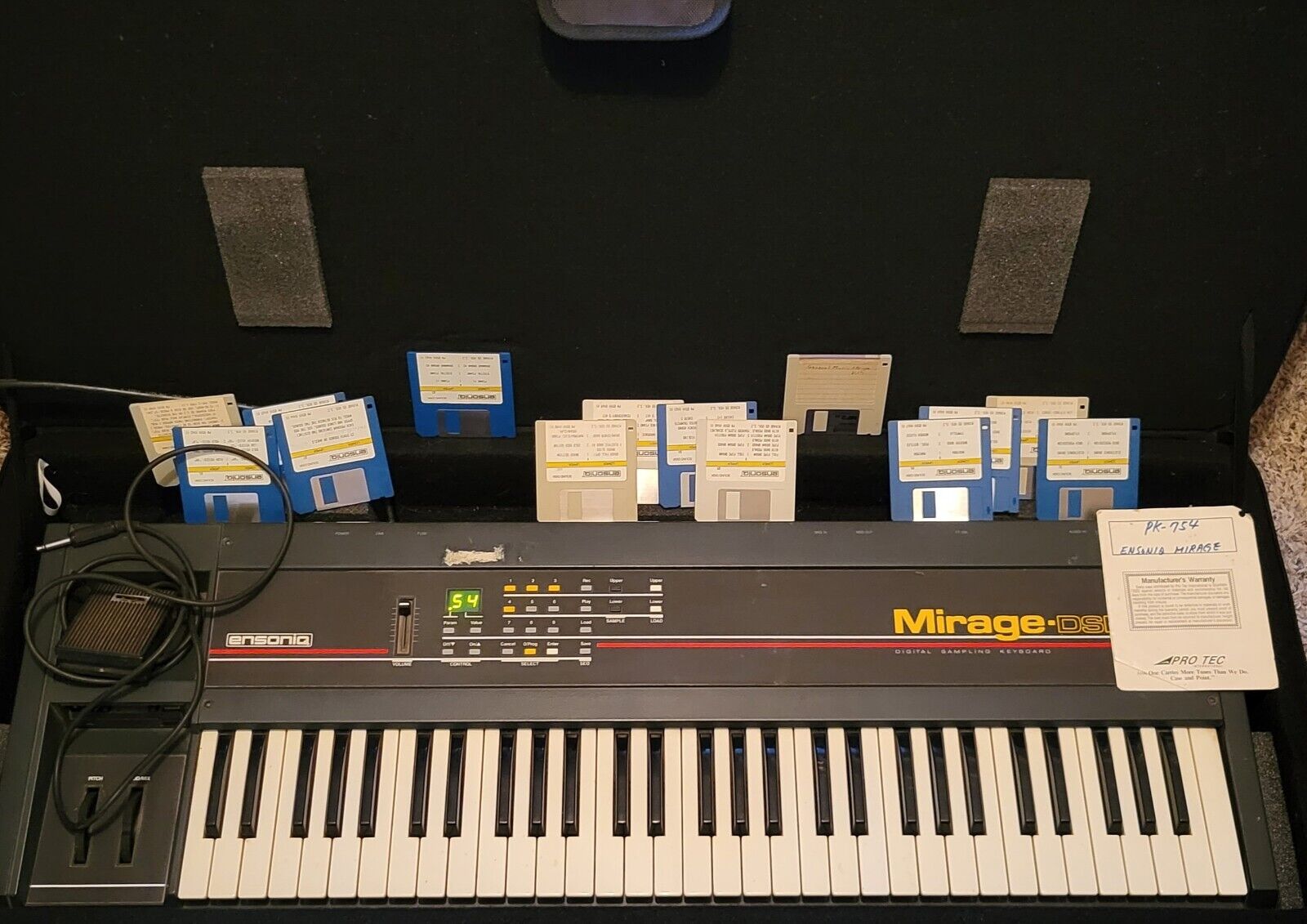 With Travel Case and 14 floppy discs 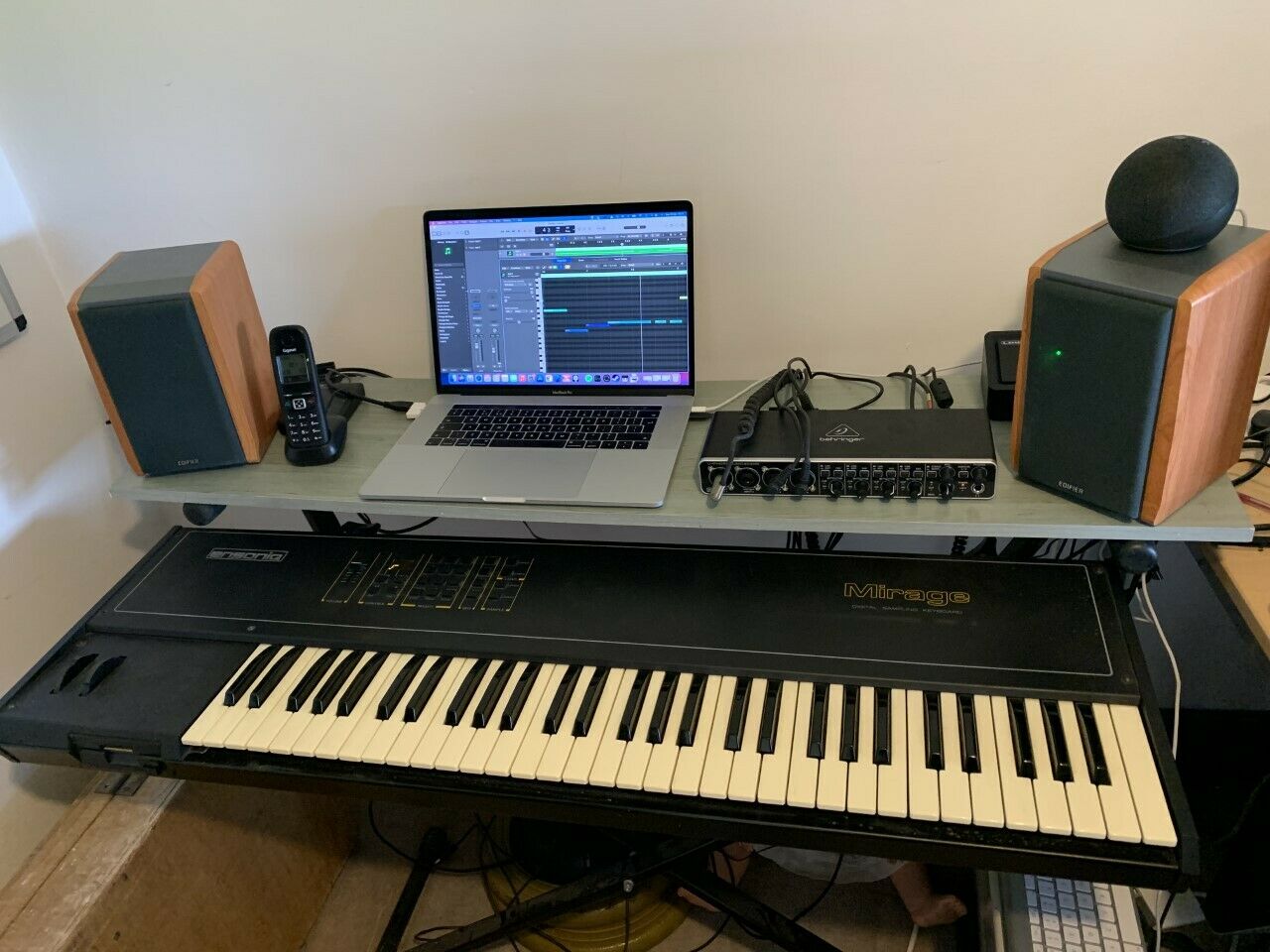 “Excellent condition original model Ensoniq Mirage DSK-8. The Mirage preceded the revolutionary sampler workstations in the Ensoniq line-up; the Mirage was Ensoniq’s first commercial product. Historically, the Mirage was also one of the earliest affordable sampler/sequencer workstations, originally listing under $1,700. Compared with the much more expensive samplers of the time, the Mirage was a bargain! The Mirage was an 8-bit sampler capable of a maximum sampling-rate of 32kHz with a limited 128Kb of RAM. Those are pretty old-school specs by today’s standards and while it does mean your sounds will be somewhat lo-fi, that does not mean low quality. A built-in 3.5 inch DD disk drive was used to load and store samples, sequences – even the operating system. Each disk could hold up to 6 samples and 8 sequences. The keyboard is split in to two independent halves for an upper sound and a lower sound – great for playing two instruments at a time. Unfortunately, sample editing is done via hexadecimal-code manipulation which is not a simple to concept to master. Most users will just load-in sounds from the Mirage’s extensive sample library, or look for computer programs that can edit or convert Mirage samples. While the Mirage’s limited sampling specs, limited polyphony (8 voices) and limited sequencer (333 notes) may seem to knock it off anyone’s list when looking for a keyboard sampler, the Mirage still has a few hidden goodies under its hood. Most notably, it has analogue filters…a true, analogue VCF with low-pass filtering and keyboard tracking. In addition to that it has five-stage envelopes for the VCA and VCF and a nice LFO. This is the original model with the metal chassis and the weighted velocity sensitive keyboard. Sale will include custom wooden hardcase. ”
Click here to visit listing on eBay 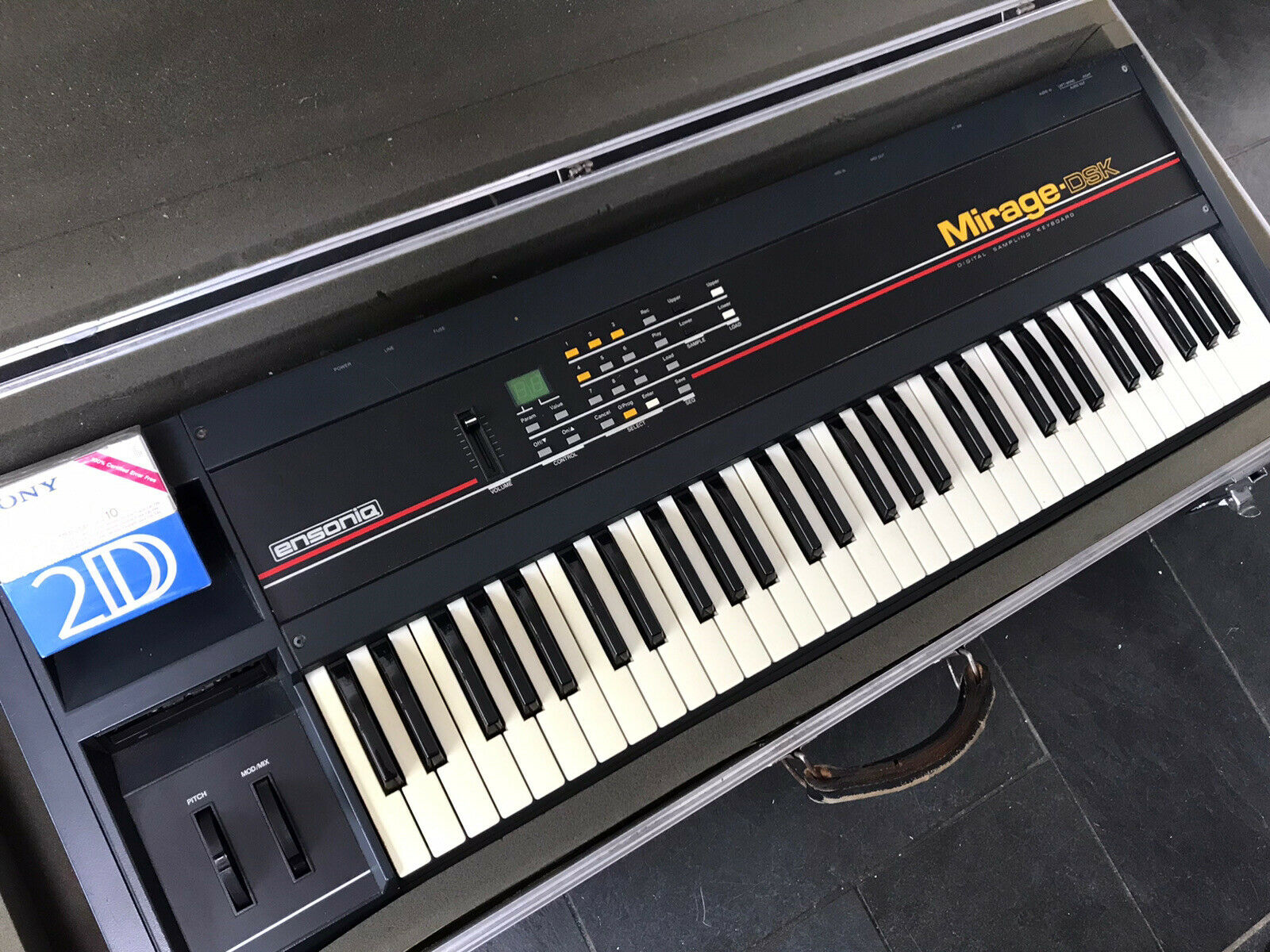 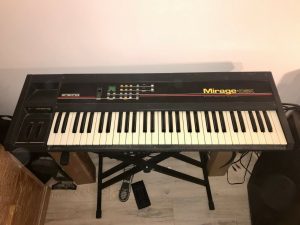 “Excellent condition, should have cleaned before photos just needs a dust but it has been covered by a sheet for protection.
Lots of sound disks including original Ensoniq disks that sell on their own. Has all the detroit and house presets used by Derrick May, Kevin Saunderson etc. But can also be mind blowing when used for its synthesis as appose to the sampler (check youtube).
Has a chip out of one of the keys (pictured) replacements are still available though fully functional as is.
No synth sounds like the mirage even with the lovely clones coming out nowdays it still has its own sound that adds so much feeling.” Click here to search for synths on eBay

“This is a great vintage Ensoniq Mirage DSK1 DSK 1 Sample Playback Synthesizer . A Classic. Loads, samples and plays back sounds well. A great 8 bit sampler. Adds character to sounds unique to itself only. This is the model with the better feeling Fatar Keybed. The keyboard works well. ” Click here to search for synths on eBay 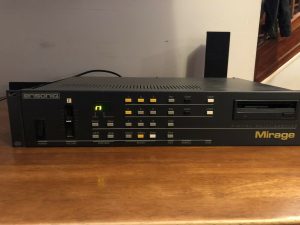 Ensoniq Mirage DMS-8 Rack. Hasn’t been used in a many years, it worked when last used however I am unable to test without the disk other than to power it on. Rack Only. Condition is For parts or not working.”
Click here to search for synths on eBay

“Awesome vintage mirage keyboard..you can download more disk images if needed or sample your own sounds..just a needed keyboard for all pro players out there. ”
Click here to search for synths on eBay 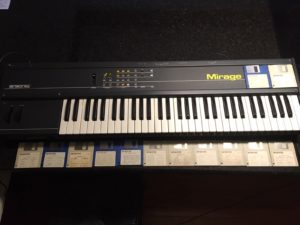