“I am unable to determine if the sustain pedal works or if the midi out or thru work since I do not have other synths to test this with and I do not own a sustain pedal. “ Click here to visit listing on eBay 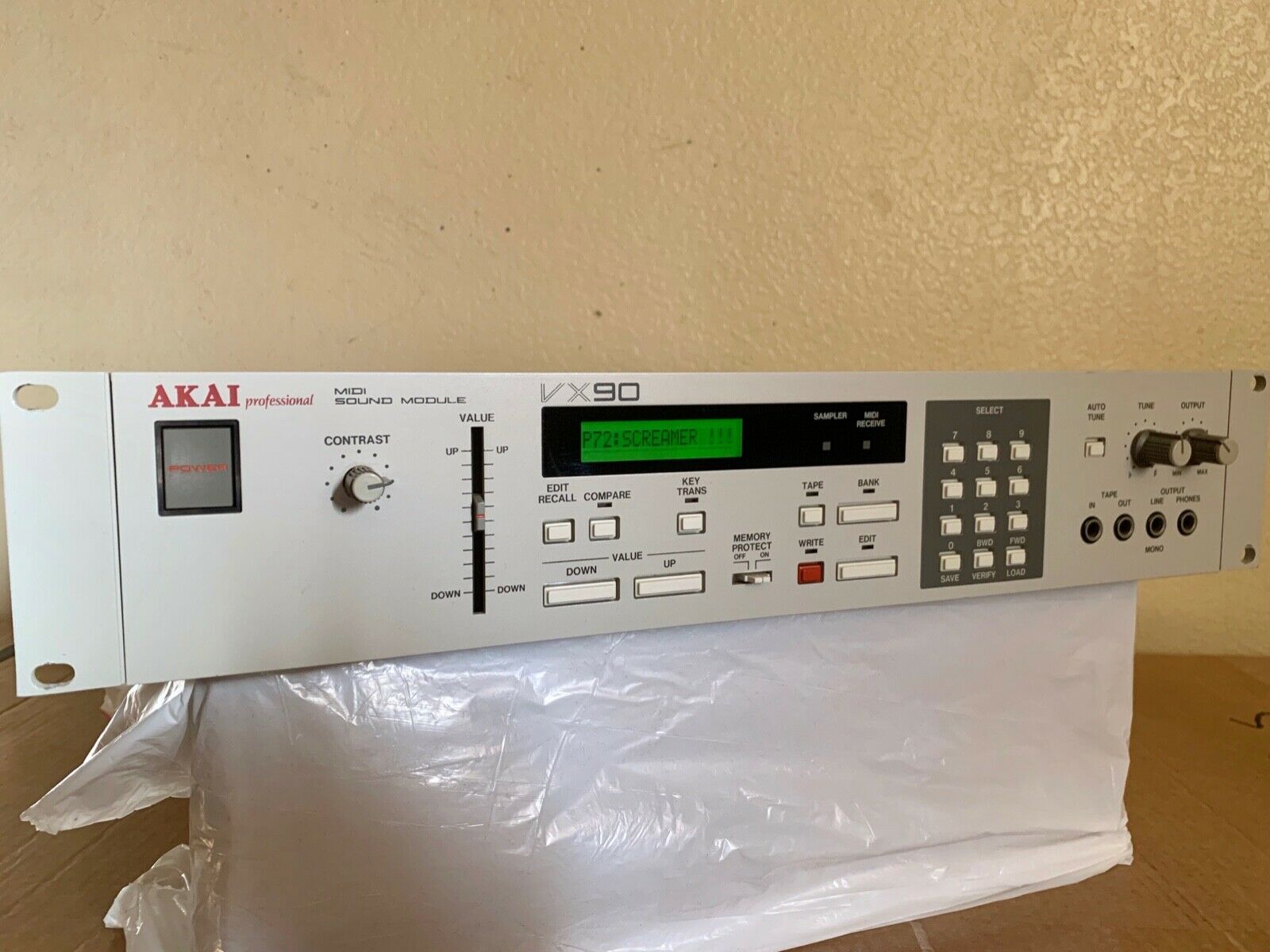 This VX90 synthesizer rack works and sounds great but the rear outputs are noisy. The headphone output is not noisy. It is all original and still has all of the factory patches. I took a picture with the cover off to show the condition of the electronics. The original 3v battery is still in there and hasn’t leaked. Because its a vintage instrument and needs service it is being sold as is no returns accepted.” Click here to visit listing on eBay 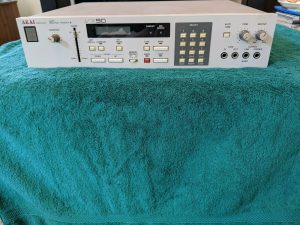 Synth has been upgraded with a coil cell CR2032 batter so no need for future (dangerous) soldering of a Lithium battery! Now the replacement takes a simple swap of a cheap, common coin cell battery.

Please Note this is a 220/240V synth.” Click here to search for synths on eBay 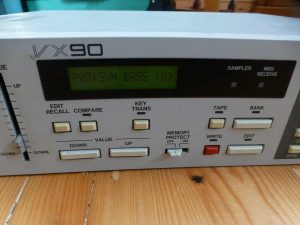 “I’ve had this synth module for around 10 years. It has a wide pallet of sounds, from lush synth pads (add some chorus), biting chord stabs (great for electronic dub) in poly mode, to thick lead sounds in unison mode, to weird stuff pushing the filter resonance and adding some ring mod. I will miss this synth; selling to fund other studio upgrades. ”
Click here to search for synths on eBay 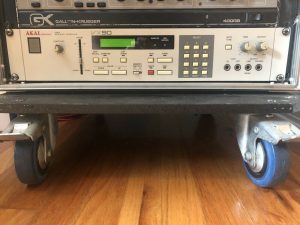 “Vintage Akai VX90 Analog Synthesizer. Only selling because we’re moving and I need to downsize a bit. Works well, but condition is used and selling as-is due to age.” Click here to search for synths on eBay 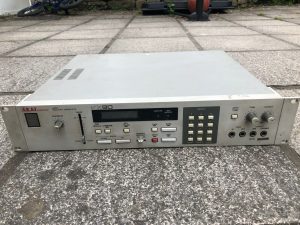 ” This is a great, and very rare, rack mount analogue synth. Fully working and with original mains lead.

Full MIDI which was not always available on Analogue synths as analogue was disappearing when MIDI was coming in.

With an identical voice structure to the AX73, the VX90 is a rack-mount version. It is a MIDI equipped six-voice analog synthesizer with advanced digital controls and functions. Like the AX73 it has an auto-tune function and a really nice VCF lowpass/hipass filter and envelope section. The VX90’s memory capacity holds up to 100 patches. It can be played polyphonically or in a stacked unison mode for that thick lead sound for your rave and techno anthems. A really cool feature of the VX90 is that you can plug the Akai S-612, S-900 and S-950 samplers in to it and run their samples through the VX90’s analog filter and envelope sections.

It looks a bit grubby in the photos but does clean up ok. I made a clean spot on the Bank and Edit buttons! I would clean it but I don’t have the time!!”
Click here to search for synths on eBay

“For your consideration I have a ultra rare AKAI VX-90 rack. It sounds amazing and is 100% functional. It comes from a clean smoke free home. It comes with the original rack ears and hardware. This is a VCO synth with a lot of cool features. All of the waves have pulse width. You can stack half or all of the voices in unison and then detune them for a super fat sound. Its really easy to edit from the front panel. It also has an input to process external audio form AKAI samplers. The only thing worth mentioning it that the power cord has been shortened to fit in a rack, it does not affect the synth whatsoever.” Click here to search for synths on eBay ﻿ 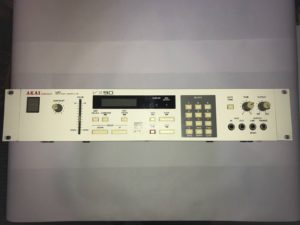 ” Akai VX90 rack mount synth. I picked this up years ago with the intention of having a play, but never got round to it. I have to list it as untested as I stupidly threw the power cable out in a recent studio cable clear out. It worked when I first got it. I’m including the sampler link cable.”
Click here to search for synths on eBay ﻿