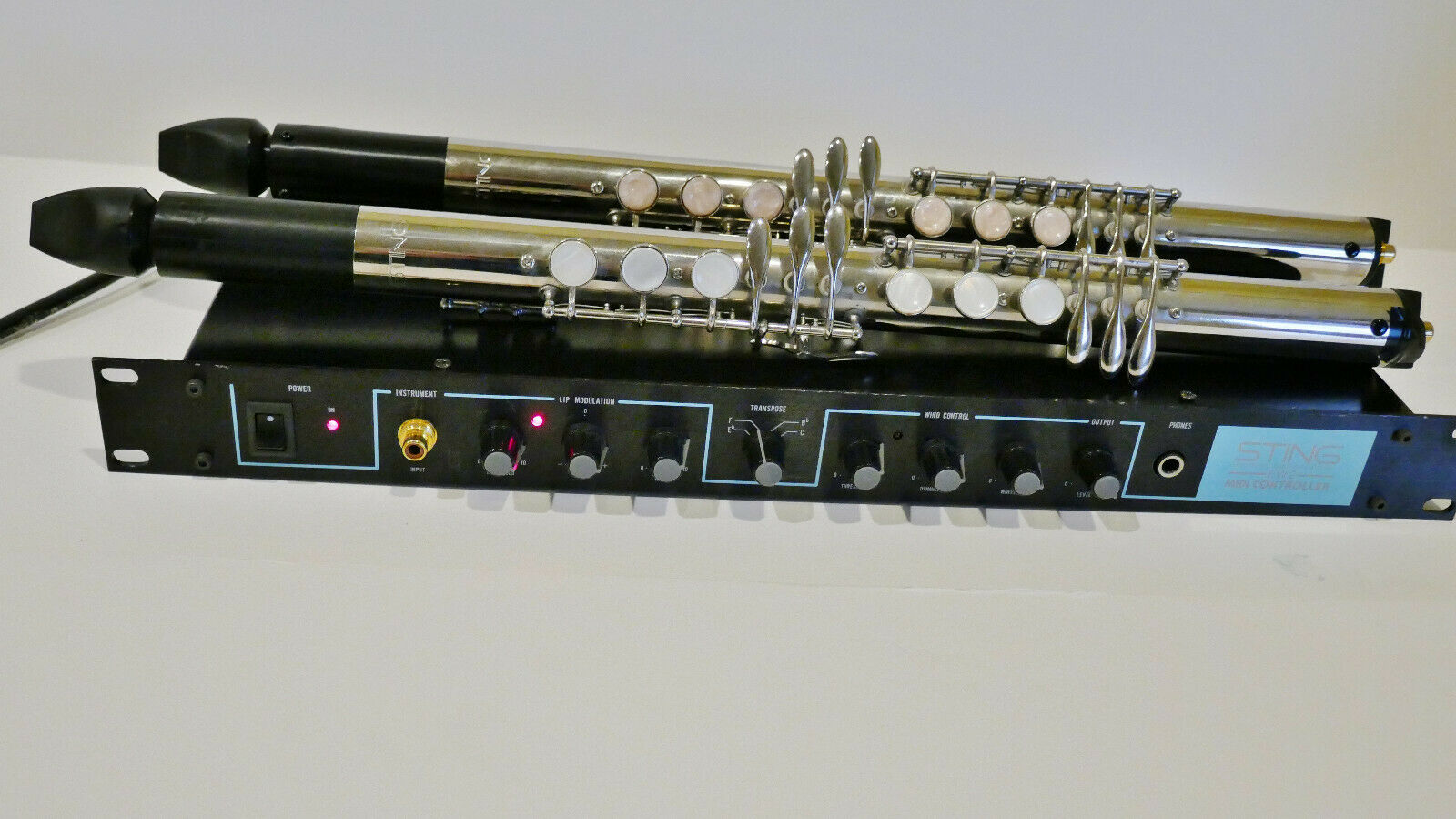 “Hi, this is Peter Ponzol. Most of you know me as a mouthpiece maker and saxophone designer. I was also a consultant and clinician for Lyricon, the first wind synthesizer. I demonstrated Lyricon at the Frankfurt Music Fair in 1979, 1980 and 1981. In 1985 I was contacted by a Japanese company called Sting. They had made a Lyricon type instrument that was Midi, something Lyricon was not. This allowed you to control any Midi device from the Sting unit. I did some consulting for the company and introduced it at the Frankfurt Music Fair in 1987. The company was small and Sting never became well known. If you know Lyricon, you know Sting. Keys and fingering possibilities are similar. There are some interesting innovations in Sting. For example there is no reed or typical woodwind type of mouthpiece. The mouthpiece is more like that of a recorder and thus much easier for none woodwind players to play. All information is transmitted over Midi except velocity, which is sent analog. I have two control bodies and the so called brain unit, as pictured. I packed these up around 1990 and they have been packed up in storage ever since. I have the original Operation Manual. The electronics brain is 220 volt and will need a voltage converter to 110. I just checked them with a midi unit I have and everything works. The only issue is the RCA jack on one body is loose. I am not an electrician and don’t want to try and repair it. I’m sure its a simple thing for someone to fix. The jack works but is loose. These are real collector pieces of equipment. I have never ever seen another one for sale and I’m sure they are really rare. As they are 35 years old the sale will be as is. At the moment everything works as it did when I put them away. This is more for a collector and maybe not for someone who wants to play it on a daily basis. Its hard to determine the value as they are so rare.” Click here to visit listing on eBay