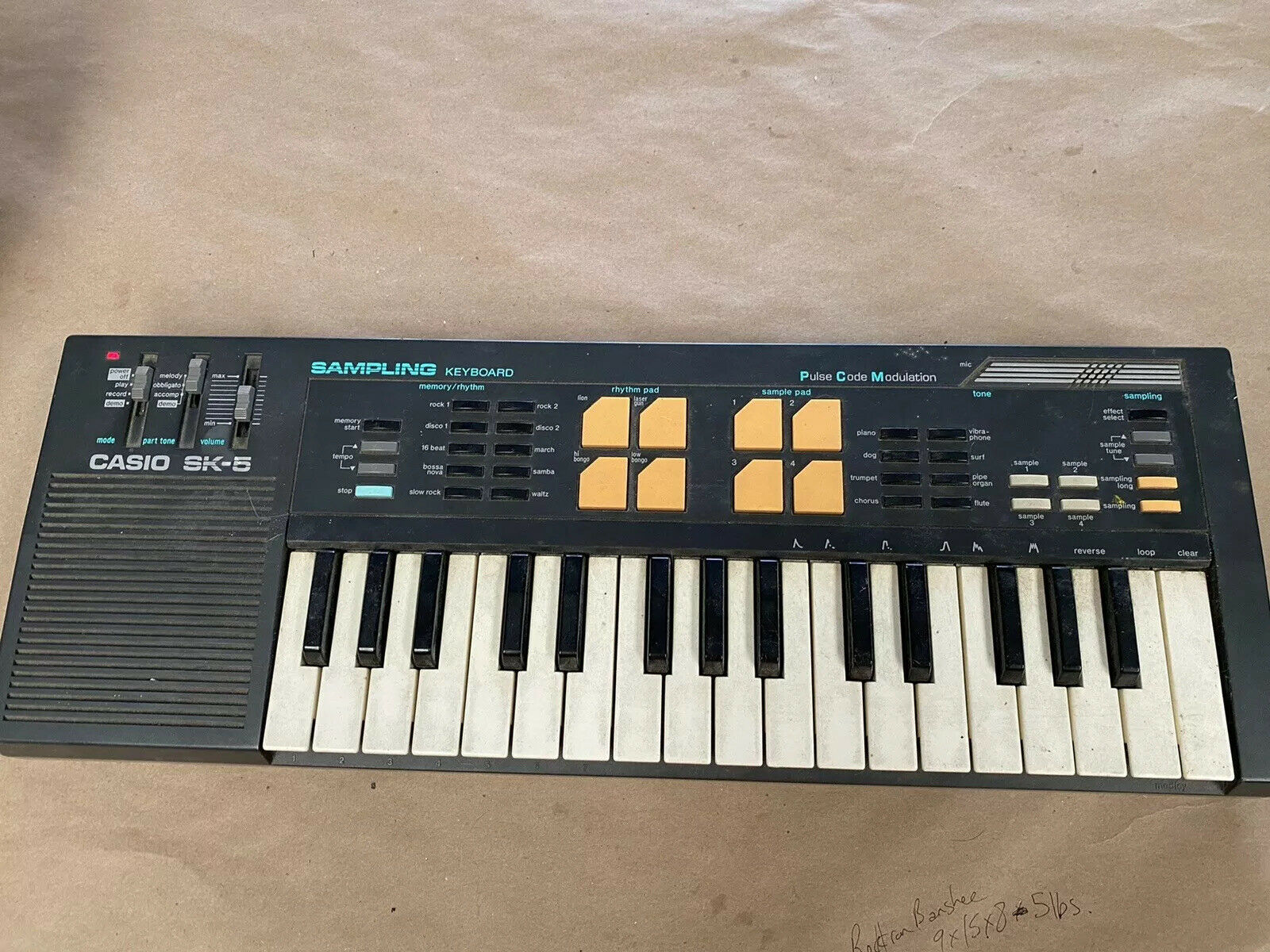 “Up for sale is one of several Casio keyboards to be listed. Here we have an SK-5, in working order, missing the battery cover, and it’s a good bit dusty in spots in the interest of full disclosure. The sampling is a ton of fun and allows you to sample and transpose up to 4 to samples. All sample effects work. All keys work, though I couldn’t figure out how the “accompaniment” or “obligato” slider worked. Though having a few of these I can’t say I’ve ever known how that slider worked (or if it did!) starting auction at $0.99 no international shipping, no returns on this one as we are liquidating our entire gadget factory. ” Click here to visit listing on eBay 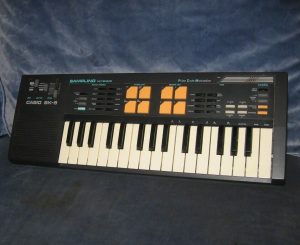 “Travel back in time with this early Casio sampler. Made in Japan from about 1985 to 1987, it’s a very early sampler. This is the same model of sampler that Terrence Howard started with in the “Hustle and Flow” movie. It made sampling available to the masses cheaply.

It can hold four 0.7 second samples or two 1.4 second samples. The samples can be looped, reverse, and hit with a handful of effects. It’s also a 32-note keyboard with four-note polyphony. Its eight voices are piano; dog; trumpet; chorus; vibraphone; surf; pipe organ; and flute. The rhythm pad has hi bongo; low bongo; laser gun; and lion. That’s right: it has some weird sounds (dog, surf, laser gun, and lion). It also has a eight basic tempo-adjusable rhythms. And it can record song loops for later playback.

It runs five AA batteries. It does not come with the power cord. Output is 1/8″ jack. Input is either 1/4″ or 1/8″ jack. The Owner’s Manual is available for free online at Yumpu.

It’s a cool retro piece. I tested it, and everything works.” Click here to search for synths on eBay 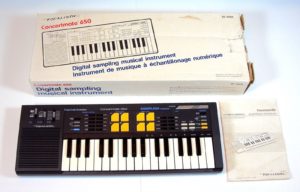 “Here’s a Vintage Realistic Concertmate 650 Digital Sampling Keyboard
Like New Condition
Adult Owned Since New
Appears to Have Been Used Very Little
Very Little to No Wear
No Marks, Scuffs or Scratches
Everything Seems to Function Properly
Comes Complete with It’s Original Box and Instructions
The Box Does Have Some Wear” Click here to search for synths on eBay 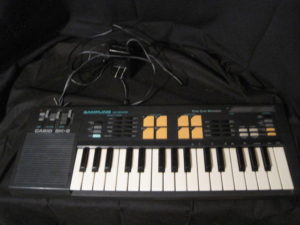 “Limited testing was conducted on this item. Appears to be functional. All keys played. The keyboard exterior has some wear, and scratches.” Click here to search for synths on eBay