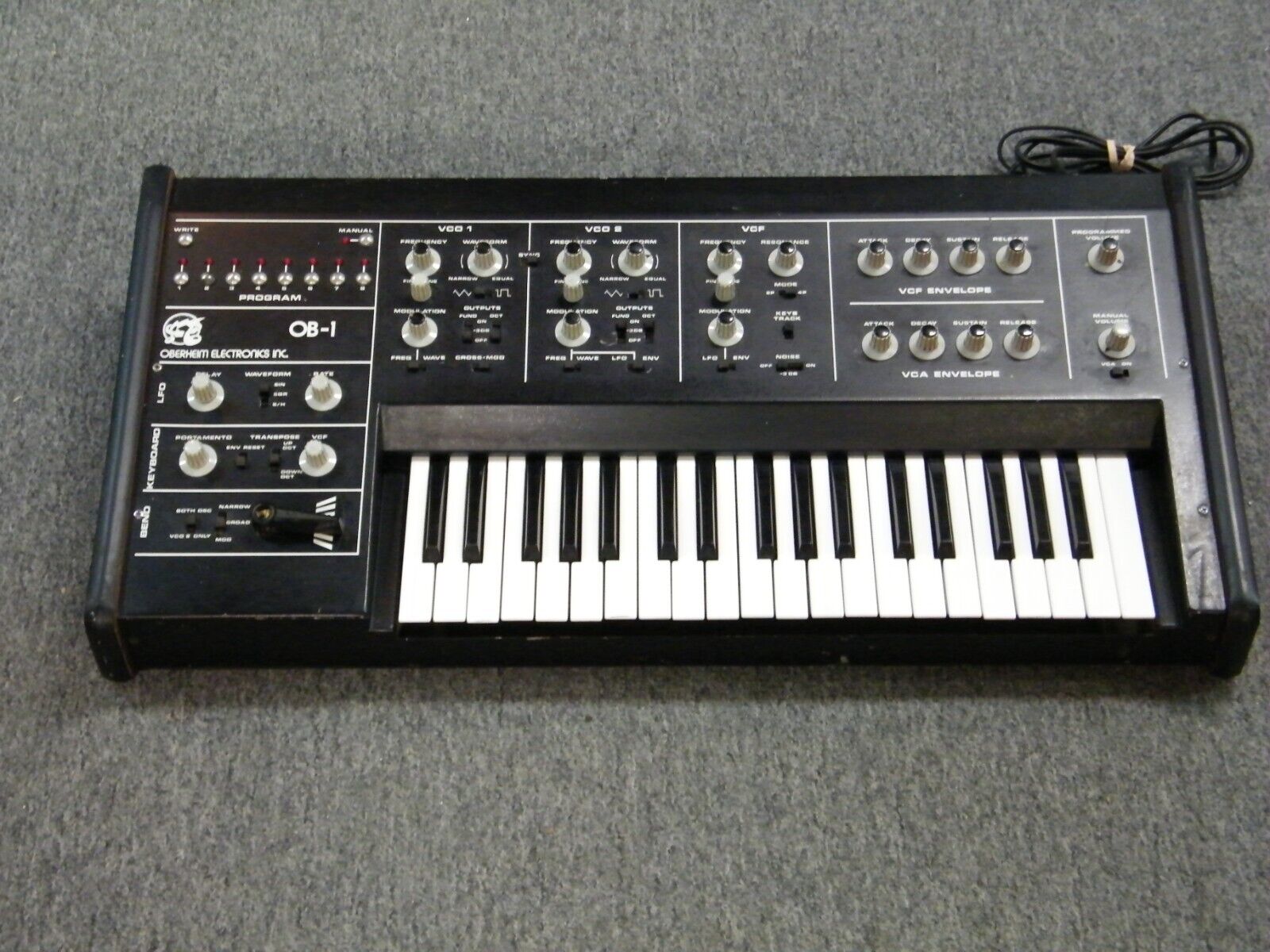 “Oberheim OB-1 in great working condition.
All keys are working well with even action. The output is full range and low noise as designed. The programmable presets all work, reliably, writes, and switches cleanly with LED tally indicators. Envelope generators are good and sharp. Both volumes good. Bend lever good, portamento good. Keyboard Track good and nice to have. Every mode works. To my knowledge, this has not been serviced or repaired. Note: the rear AC power switch lamp is out. Also notice the pitch bend lever bushing is missing its dust cover. All collet knobs and caps are good and not brittle. All pots are smooth and quiet. All 2 and 3 position slider switches are also of high quality and working cleanly in all modes. All black caps are programmable, grey caps are not.
This is a very nice sounding, comprehensive analog monophonic synth with two oscillators.”
Click here to visit listing on eBay

“Everything works as specified, overhauled before shipping to have long life and to keep original sounds.” Click here to visit listing on eBay 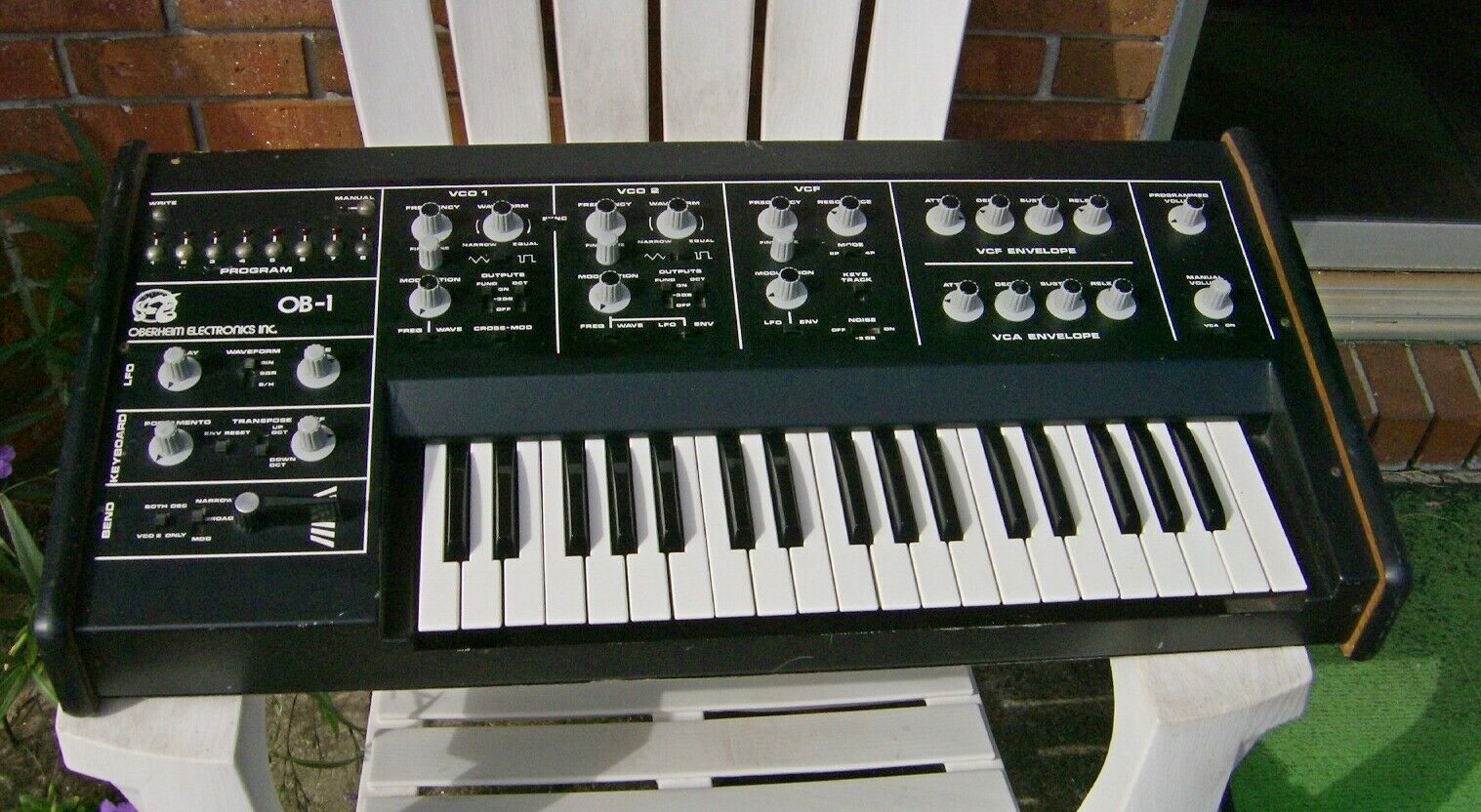 “Here is a vintage Oberheim OB-1 synthesizer, this synth was just serviced which included replacing all the old key bushings, all functions check ok, see repair bill for more details, this synth is in fairly nice shape for it’s age, end caps show wear, back edge on top has some scrapes, the synth shows average wear in general, it is not mint, not much more I can say, please look at the pix and the repair bill” Click here to visit listing on eBay

“Up for sale is perhaps Oberheim’s most undersung but amazing sounding monosynth. The OB-1 does not sound like a SEM, and it does not sound like one of their later polys–it has it’s own distinct sound and power that rivals any other monosynth from that era. Take the girth of an Octave Cat A-Rev. and apply some Oberheim filter flavor and you have an idea of what this sounds like.

This OB-1 is the first, and rarer, MKI version that has the very fast discrete envelopes (the later versions were grey like the OB-X and used a CEM 3310 envelope chip). It has both MIDI and the Tauntek CPU update that allows real-time editing of all parameters on saved patched, and an increased preset memory (using RAM instead of batteries). It has also been fully serviced by Bell Tone Synthworks here in Philadelphia and is ready to rock for the foreseeable future.” Click here to search for synths on eBay 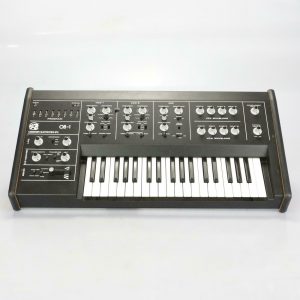 “PHYSICAL CONDITION: Excellent – All keys and all controls are fully intact and in fantastic shape. Overall it’s condition is excellent. WORKING CONDITION: Excellent – All keys and controls are in perfect working order. All around this unit is in incredible condition and works perfectly throughout. Overall working condition is excellent. Please click on “Item Description” for more details and photos” Click here to search for synths on eBay 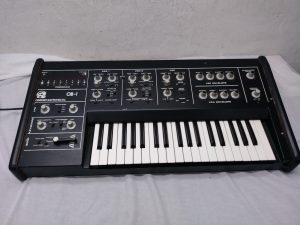 “sold as is .powers up ,makes white noise sounds,unit needs to be serviced” Click here to search for synths on eBay 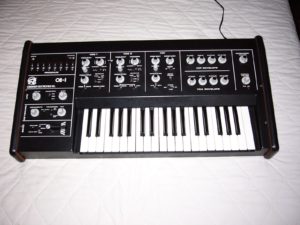 “Purchased in 2002. Very clean condition. There is no pulse wave on VCO 2. It came that way when I bought it, so I just leave it on Triangle which sounds just great. The manual says you can vary the slope of the Triangle waves, but I have never been able to do that. You can vary the pulse wave on VCO 1. Everything else works great. Two sub oscillators to create a really fat sound, plus cross mod and sync to get some very interesting sonic explorations. These synths are quite rare and not up for sale very often. They are direct descendants of Oberheim’s SEM modules. A true piece of synthesizer history.”
Click here to search for synths on eBay 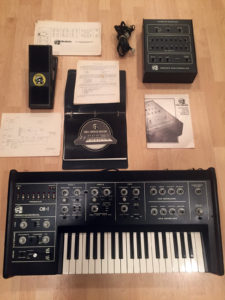 “Super Rare: Oberheim OB-1 Synthesizer. The Heaviest sounding monophonic synth …Ever. Programmable memory locations where you can store your own settings. There are 2 oscillators – but each has a sub-octave which really fattens things up. Includes Genuine Oberheim VCF Pedal, Oberheim Cassette Interface and cable for additional memory, Original Patch Book, Instruction Manuals for Cassette Interface and Synth, Schematic. Wow! You will never see another set like this. Ever” Click here to search for synths on eBay