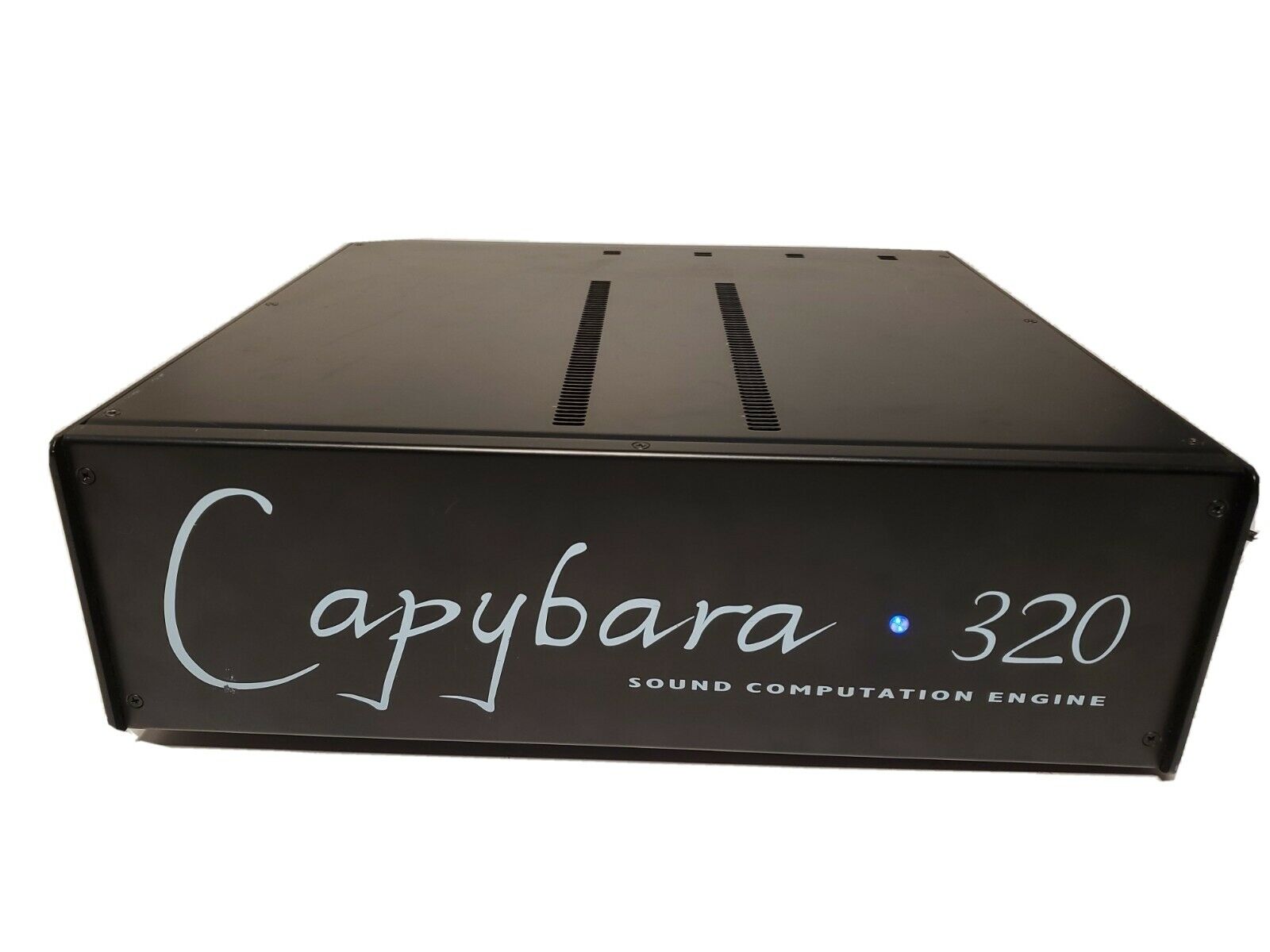 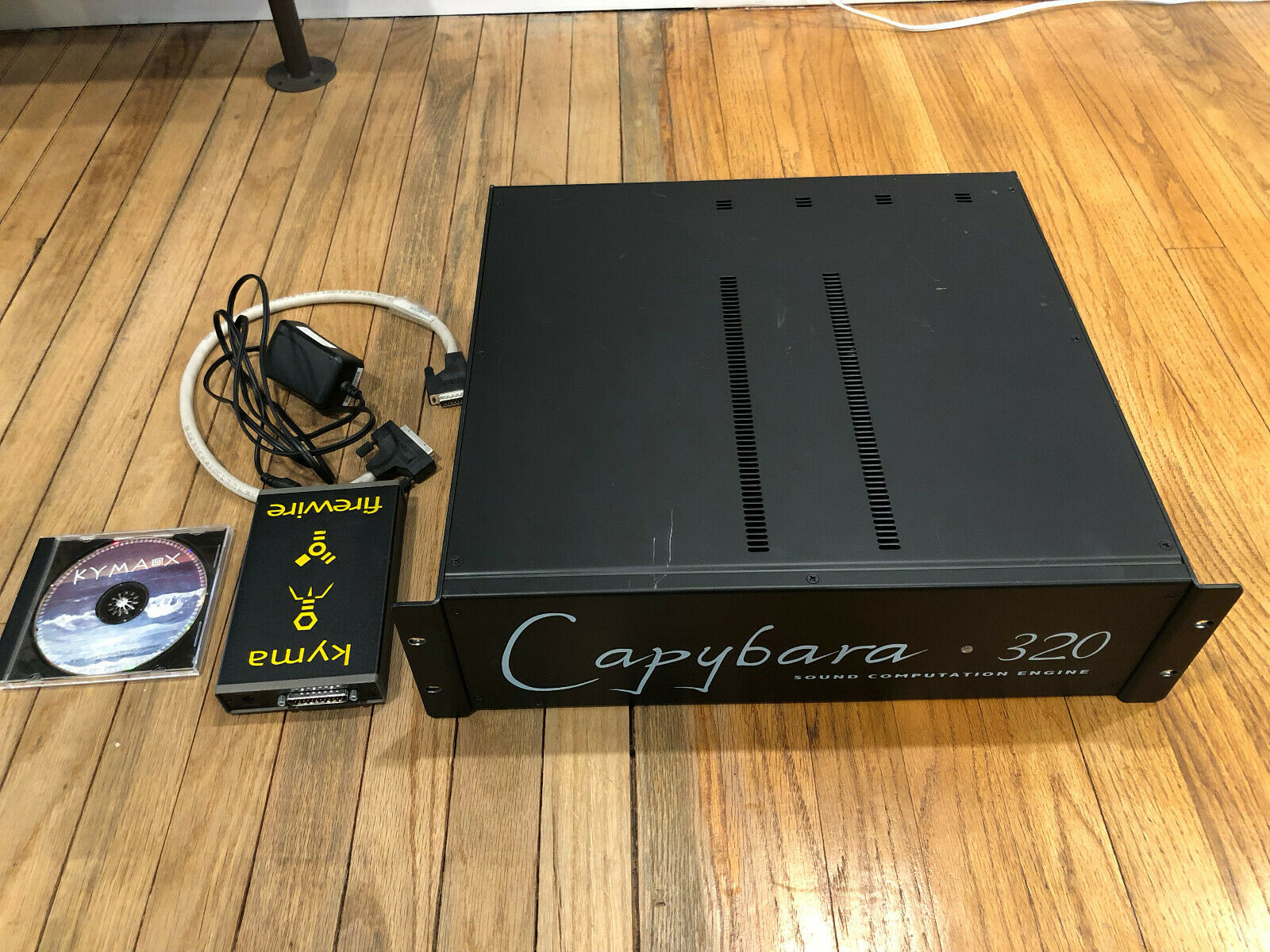 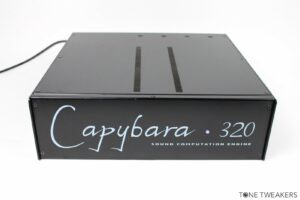 “Symbolic Sound Kyma Capybara 320 For Sale. We listened to some of the preset patches and absolutely loved it – for serious sound synthesis applications, this system is second to none. Unfortunately, it’s a complex system and we simply don’t have the time to learn it and use it, so it’s got to go. The Capybara and card have been tested and appear to be working fine.

As an added bonus, we can also include the Mac G4 computer we got with the previous Kyma System we sold, as the buyer of that system didn’t want it. This computer comes with a mouse, keyboard and power cord. You’ll need to provide your own monitor. The mouse thats included worked before but was not working when we tested it recently. We did not investigate further – we just used another mouse from another computer. The computer itself malfunctioned a couple times when first attempting to power it up, but it worked fine on its next attempt. We did not try to troubleshoot it further. The computer will be included strictly on an as-is basis, no guarantees.

This G4 contains Kyma software and also appears to contain some other music software. We view the computer as a bonus and make no guarantee that this software is present and fully functional, though some of it definitely seems to be:

Absynth 2, Battery, Hexedit, Illustrator, Photoshop, Intakt, Kompakt, Kontact, Kontact 2, Dreamweaver, Native Instruments V4 and Vokator, Pro-53, Sprektral Delay.
Kyma is set to work on OS 9.2.2.
Also installed is OS 10.3.9, so the operating system must be set to 9.2.2 for the Kyma system to work, and set to 10.3.9 for the other software to work.

The computer latch is not 100%, so it occasionally pops open when moved. We secured it with a piece of painter’s tape for the time being. We make no guarantees that the computer / hard drive will survive shipping as we don’t normally ship computers containing hard drives, but the Kyma itself should make the trip just fine. ” Click here to search for synths on eBay 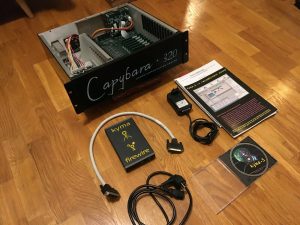 “Some wear on outer casing of Capybara. Refurbished Computer Interface-cable from SymbolicSound

Capybara 320 complete system with Firewire-interface and refurbished D-sub cable from SymbolicSound. This is the standard version which includes 2 DSP-cards. Software included is the Kyma 5 but can easily be upgraded through SymbolicSound to Kyma X or later. Recently tested and booted but sparsely used. Sold as is with no returns. 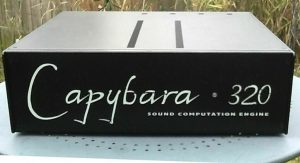 “Kyma Capybara 320 in good condition plus expansion card, Firewire interface, and the latest version of the Kyma X software. You’ll be able to transfer registration to your name for downloads and support.

Note that a Capybara will not work without the interface, now discontinued; beware of buying one without it. The screenshot from a Windows 7 PC shows Kyma running with the extra card.

The Capybara 320 is renowed for the quality of its Burr-Brown audio converters. Note that this is a genuine Capybara 320 as opposed to an upgraded Capybara 66. This is distinguishable by the multiple XLR I/O.

Kyma is a deep and powerful sound design system which has been used on films such as Wall-E and Finding Nemo.” Click here to search for synths on eBay 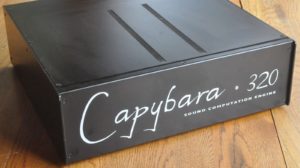