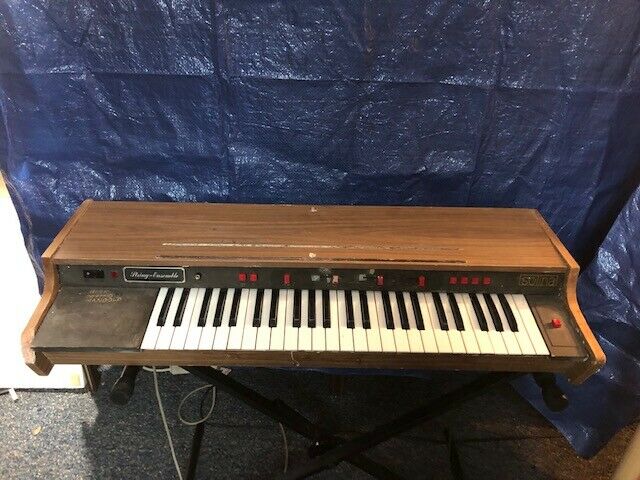 “Up for auction is an ARP Solina String Ensemble Series 35 Serial number 0097710 Manufactured by B.V. Eminent, Bodegravan Holland. This I believe to be the original version as noted by Wikipedia. I am the second owner of this ARP. It has had little if any use over the past 40 years.

1. When I obtained it, the previous owner had painted it white. I tried to remove as much of the paint possible. . The white flakes are remnants of the white paint.

2. The instrument as can be seen in the photos show the case to be in severe disrepair with cracks in the frame which were glued, and damage to the side board and bottom corner.

3. The push button switches are noisy and need to be cleaned (cello switch especially has intermittent contact).

Despite the appearance of the instrument case, the sound that made it famous is still fully functional. I have uploaded a demonstration of its functionality. Remember looks are deceiving. 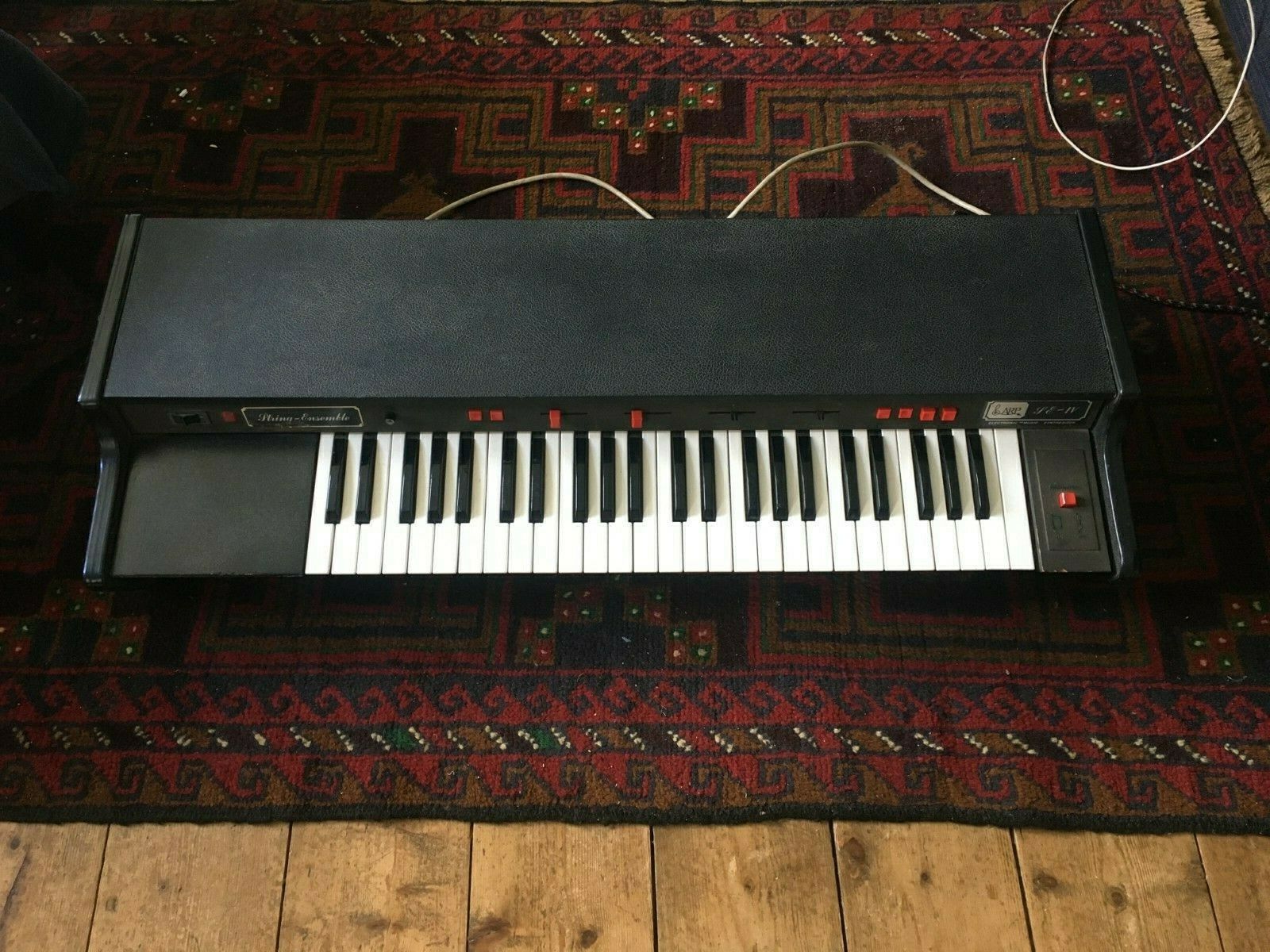 “Arp string ensemble SE IV, Solina Synthesiser. A classic, brilliant, vintage professional string synth. If you are looking at this then you probably know what it is and does. Fully working order although the low C sticks a little.” Click here to visit listing on eBay 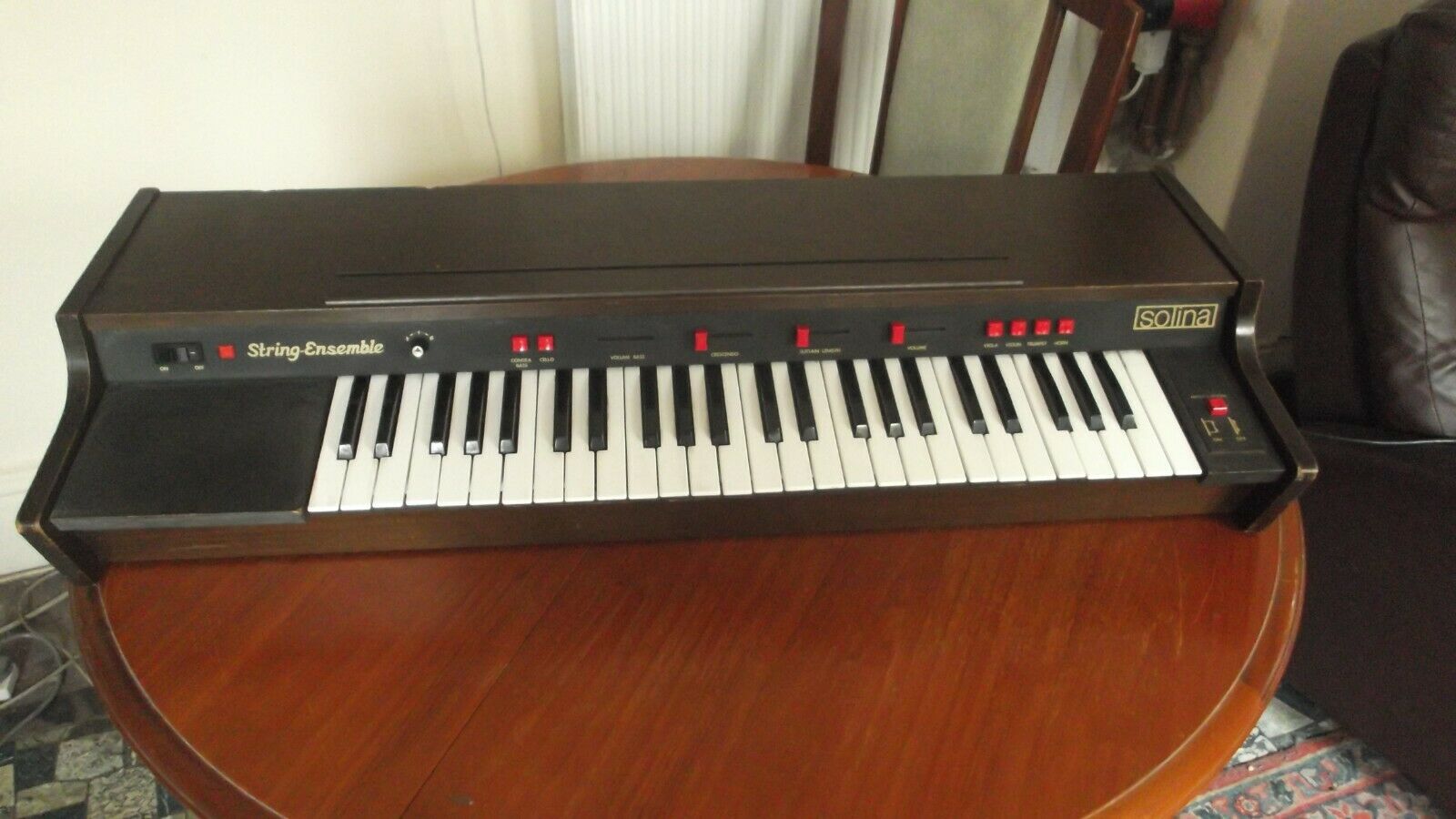 “ARP Solina String Ensemble. This was manufactured during the early 1970’s. (Unintentionally removed from Abbey Road studios, London in the early 1970’s.)
Functions include contra bass, violin, viola, trumpet, horn and cello to name but a few.
Excellent sound.
Great quality.
Complete sound throughout, tho individual treble slider not working ( but this can be adjusted via the master volume) which gives complete volume control.
Not many opportunities to get your hands on one of these rare early keyboards”
Click here to visit listing on eBay 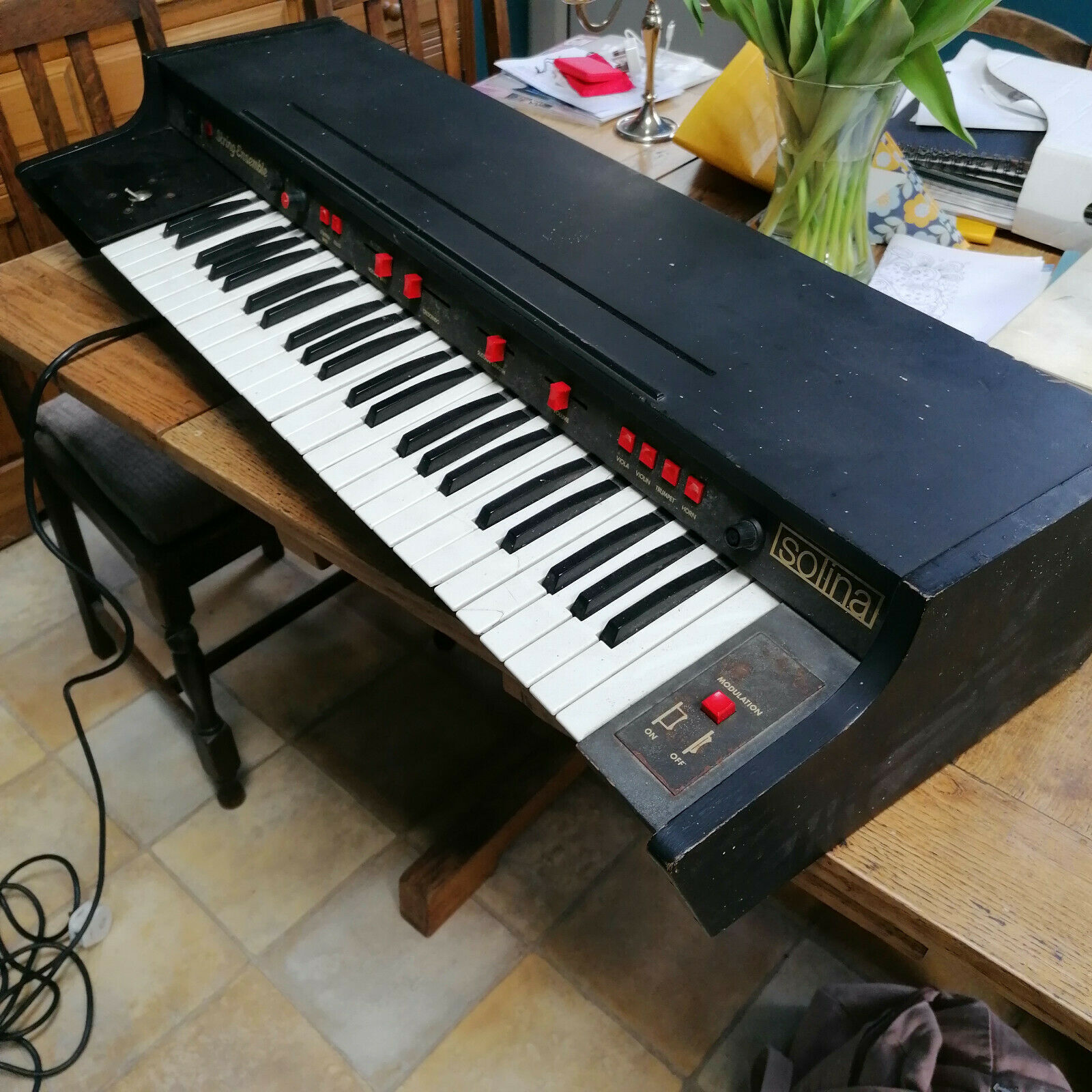 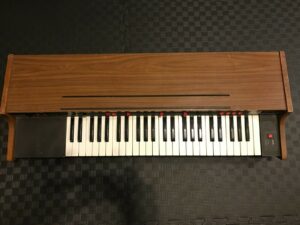 “ARP STRING ENSEMBLE SOLINA SYNTHESIZER VINTAGE. Condition is “Used”.
Its incredible to think of the thousands of songs that these things were used on-everything from Parliament Funkadelic to Gary Numan and still to this day-you wont find a Dr.Dre album without a Arp Solina on it.
This one still plays good for as old as she is(never gigged-just moved from studio session to session).Some of the wood veneer is cracking off but no real damage.” Click here to search for synths on eBay

“This unit has been tested and all functions work , all sliders work, buttons are in perfect working order. Cool retro sound in great vintage condition for its age see pictures. Sold as is no returns. Sounds amazing! Stand not included” Click here to search for synths on eBay

“Works great in great vintage condition for its age see pictures. Sold as is no returns.” Click here to search for synths on eBay

“Vintage Arp String Ensemble (Solina) – The classic orchestra string sound of the 70s and early 80s. Used on hundreds of recordings by musicians around the world from rock, pop, country, disco, to jazz. This ARP was stored in a dry environment in plastic. Every key sounds fine with no hesitation or crackle. All voicing push buttons work freely with appropriate sound. On/off switch no problem. Power on light does not light. Pitch control works fine.

Slider controls left to right: Bass volume slider works as it should. ‘Crescendo’ slider works as it should. ‘Sustain length’ slider slides, but has no effect – this means when key is released sound stops with no sustain. Volume control slider works fine but knob has broken off – there is enough stub left to control the volume with your finger. *Note* The knob is included and could be glued on. I used a volume pedal (output to pedal to mixer) so I didn’t bother to glue the knob (included) back on.

Cosmetically this is a much loved road warrior and has a wonderful history. Original wood. The left end panel stays on but is loose – just needs some wood glue. Other than that, structurally it is very solid. Bottom corners are somewhat rounded and right side panel has a small chunk off the front. Bb3 has a hole and B3 is cracked, solidly glued (never a problem) and both keys work fine. There are no feet/glides on the bottom. One owner. Original owners manual is included.” Click here to search for synths on eBay 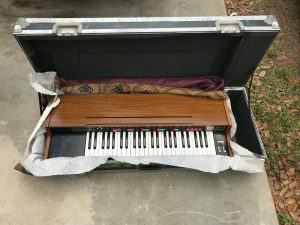 “Details (Cosmetic Appearance): All factory stickers are incredibly close to mint condition. The other (White/Black) stickers are not original: these were added for a retro type look; however, can be removed without damaging the paint. Note 1: The right wooden end panel is distressed with a hairline crack; however, not broken. (see pictures)Note 2: The right side wooden end panel has a chip on the front: [If you want to repair that area, use wood filler to shape]. (see pictures)Note 3: This unit comes with original extra repair components, packaged in a manila envelope (see pictures)”
Click here to search for synths on eBay 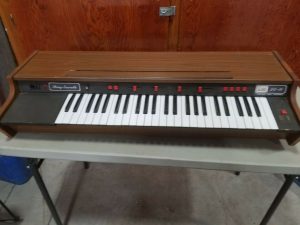 Incredible fat-sounding vintage string ensemble. Used on many classic recordings. The electronics are fully working and it sounds great. Sold AS IS, but I’ve never had any problems with it.

It has the gate and trigger outputs, and “MOD DEFEAT” button on the right-hand side, so I’m pretty sure it’s the Mk2.” Click here to search for synths on eBay