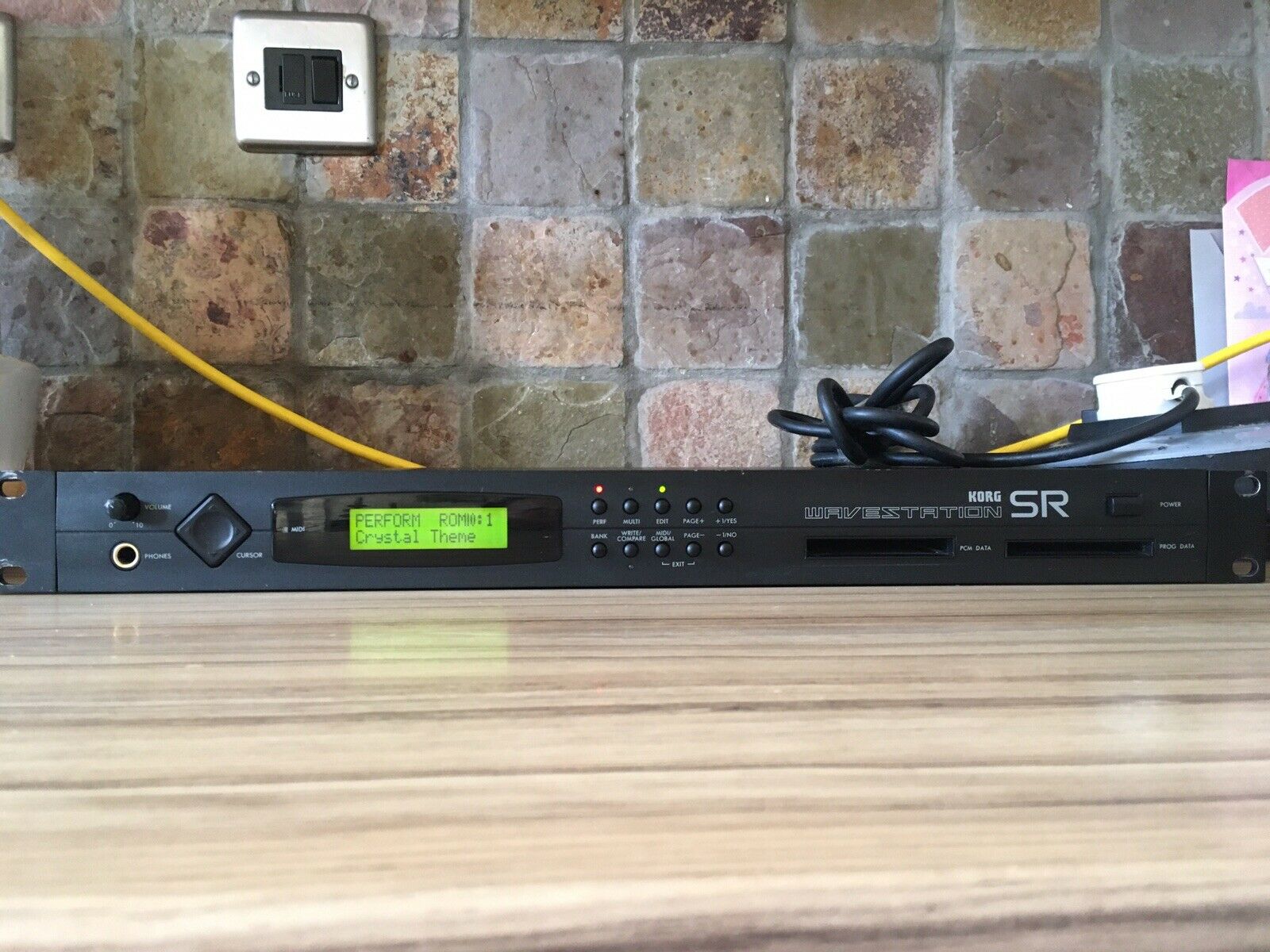 LCD is bright and the synth is in good working order. 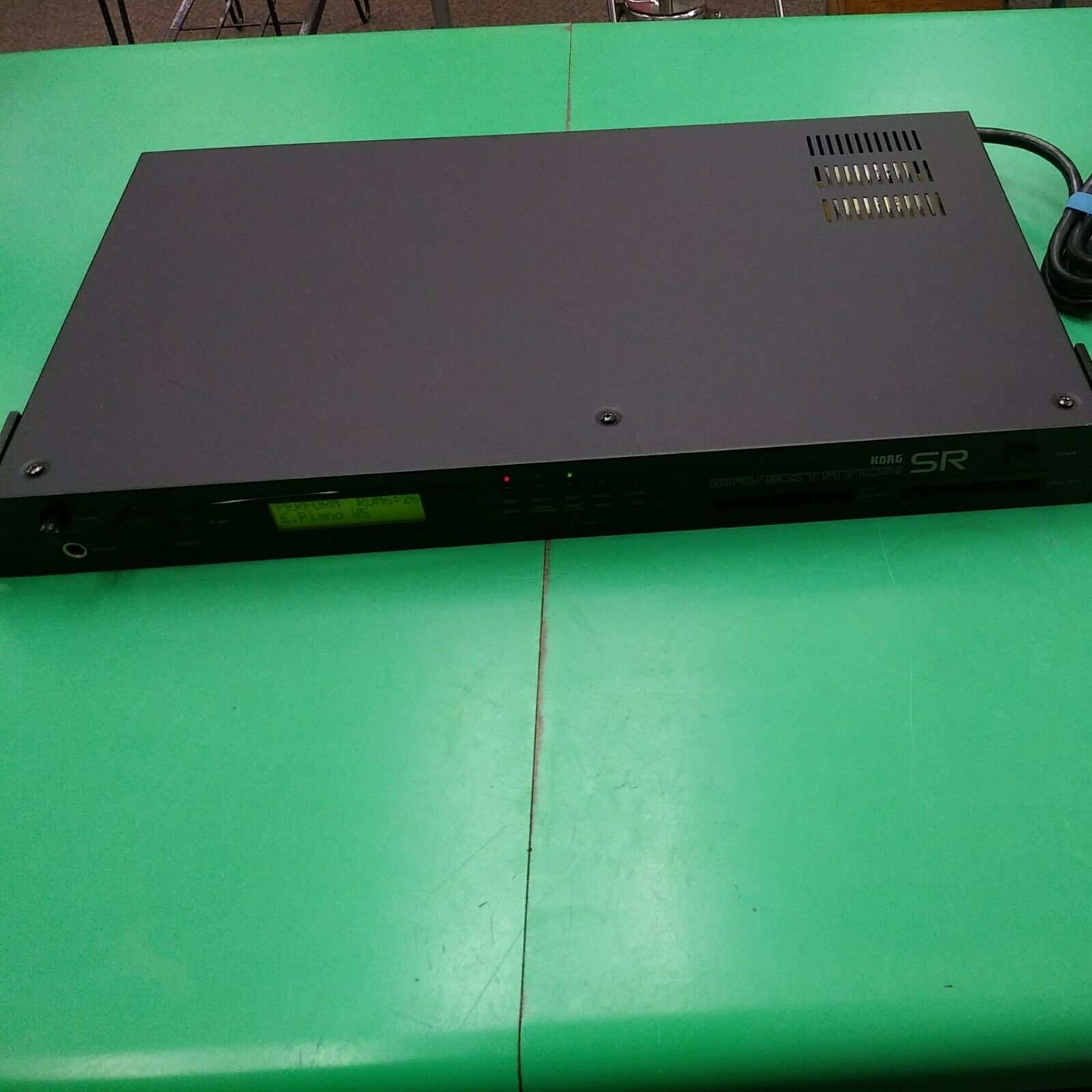 “Korg Wavestation Synthesizer WS-1, this synth is in working order, you could go do a gig with it or record right now, here’s the deal the display backlight is out but the patch names are still readable I’m including a replacement back light that I got for it but never installed so watch a video on how to install a backlight as it’s more than a 5 minute job, also there’s a low whine coming from the power transformer this happens when these keyboards get old the whine doesn’t come out of the outputs or headphone jack or effect the audio you just hear it in the room so on a gig with bar noise you wouldn’t hear it but in your studio when nothing else on you’d hear it
I got this from the original owner he only used it in his studio it’s in really good shape all keys work and it plays fine he had a piece of tape over the upper right hand corner with a few thing written on it so when I took the tape off I was never able to get the tape resido off of it so as you can see in the last pic I just put a piece of black gaff tape on it to cover it up and that looks better,
when you install the backlight you might as well replace the internal battery it’s a 2032 ,the current one works but won’t last forever ” Click here to visit listing on eBay 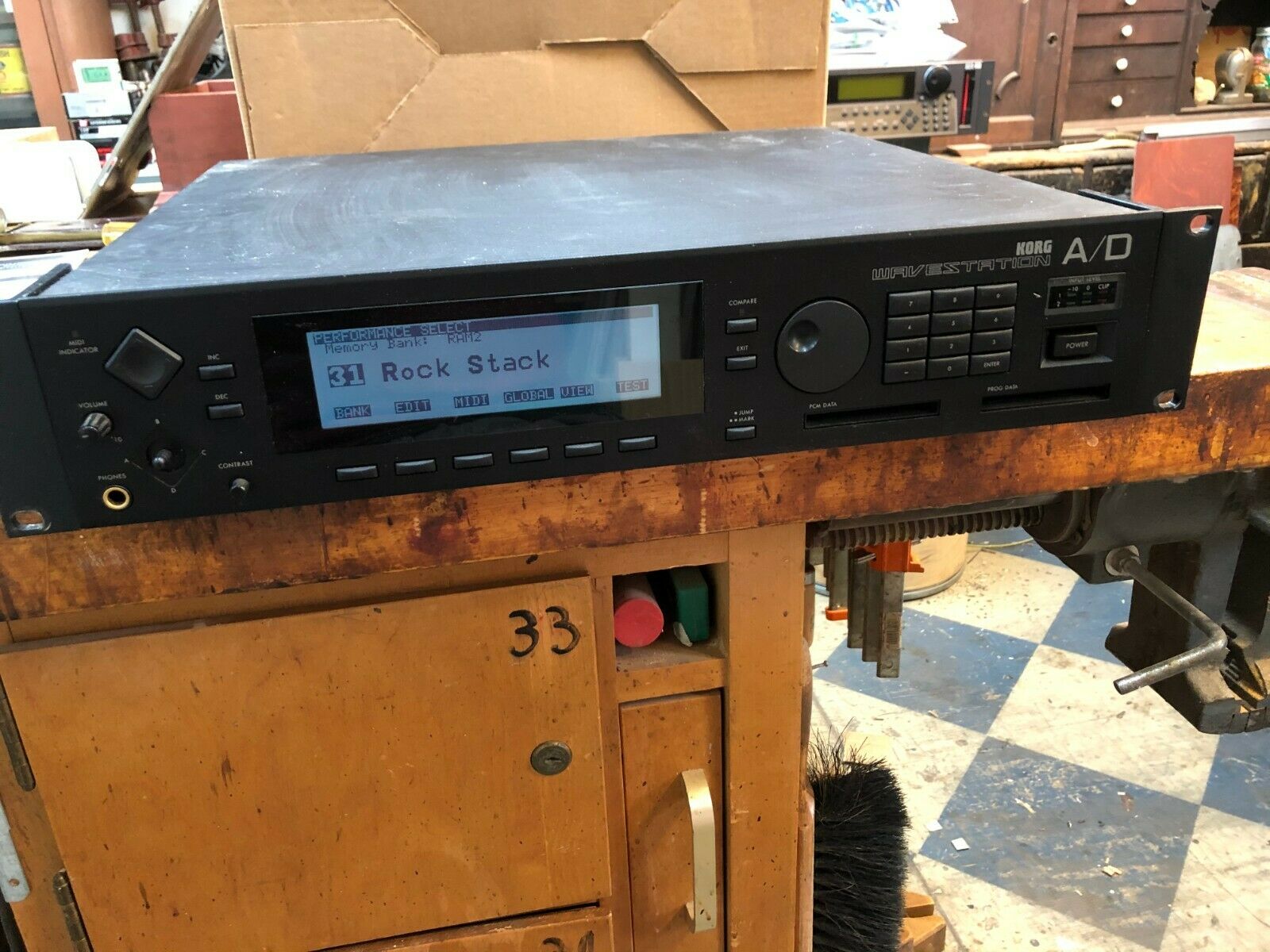 “Here’s a working KORG WAVE STATION A/D. It is in excellent cosmetic and working condition.” Click here to visit listing on eBay 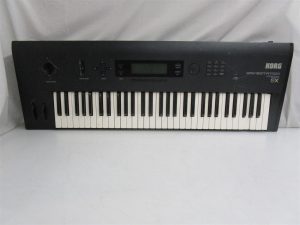 “No power supply included. We were unable to test this keyboard. It apears that one key is broken.”
Click here to search for synths on eBay