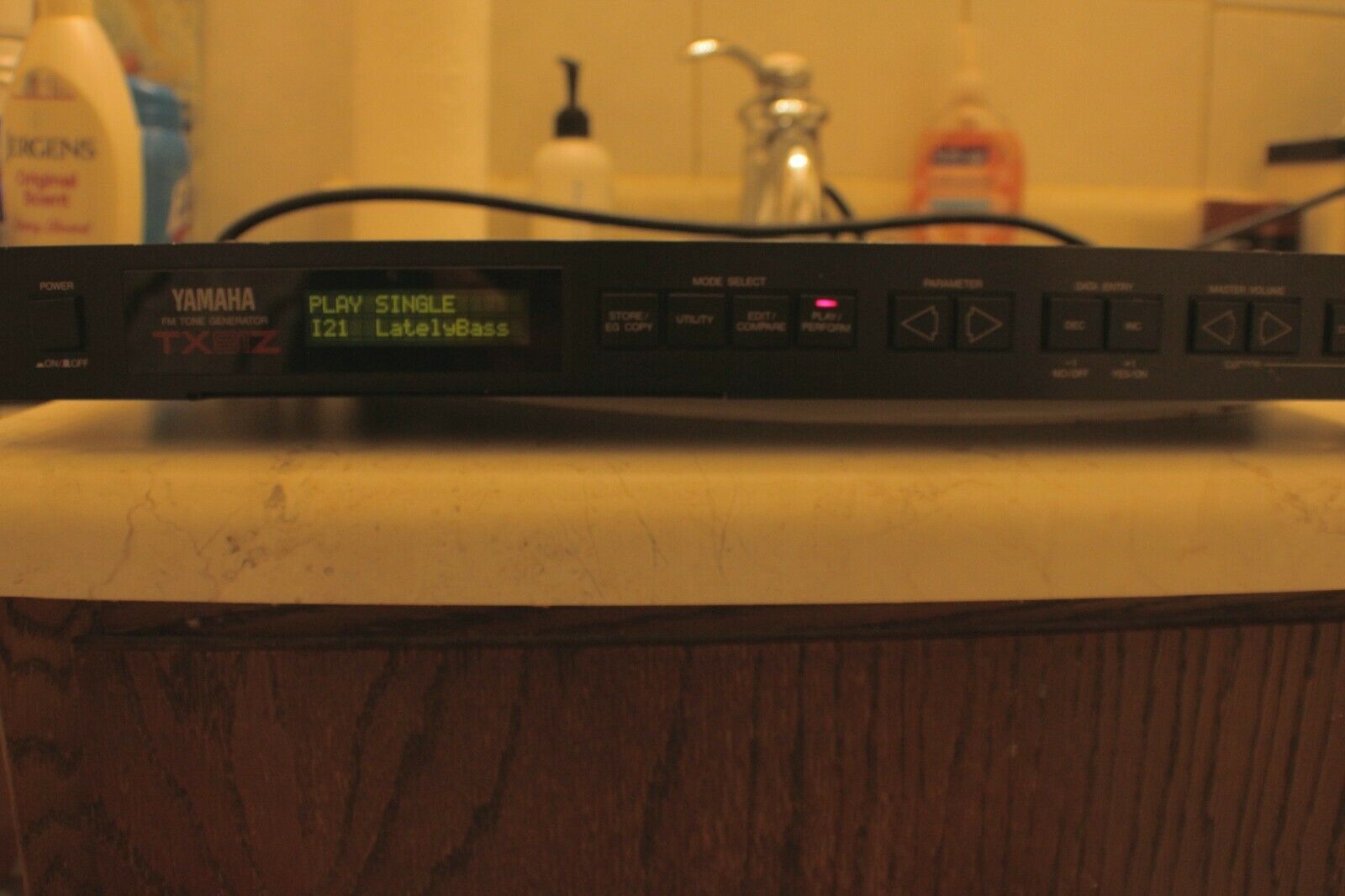 “The Yamaha TX81Z is a rack version of Yamaha DX11 and rack-mounted frequency modulation music synthesizer, which was released in 1987. Unlike previous FM synthesizers of the era, the TX81Z was the first to offer a range of oscillator waveforms other than just sine waves, conferring the new timbres of some of its patches when compared to older, sine-only FM synths. The TX81Z has developed a famous reputation, largely based on some of its preset bass sounds. A keyboard version with more onboard editing abilities was released the following year as the Yamaha DX11.” Click here to visit listing on eBay