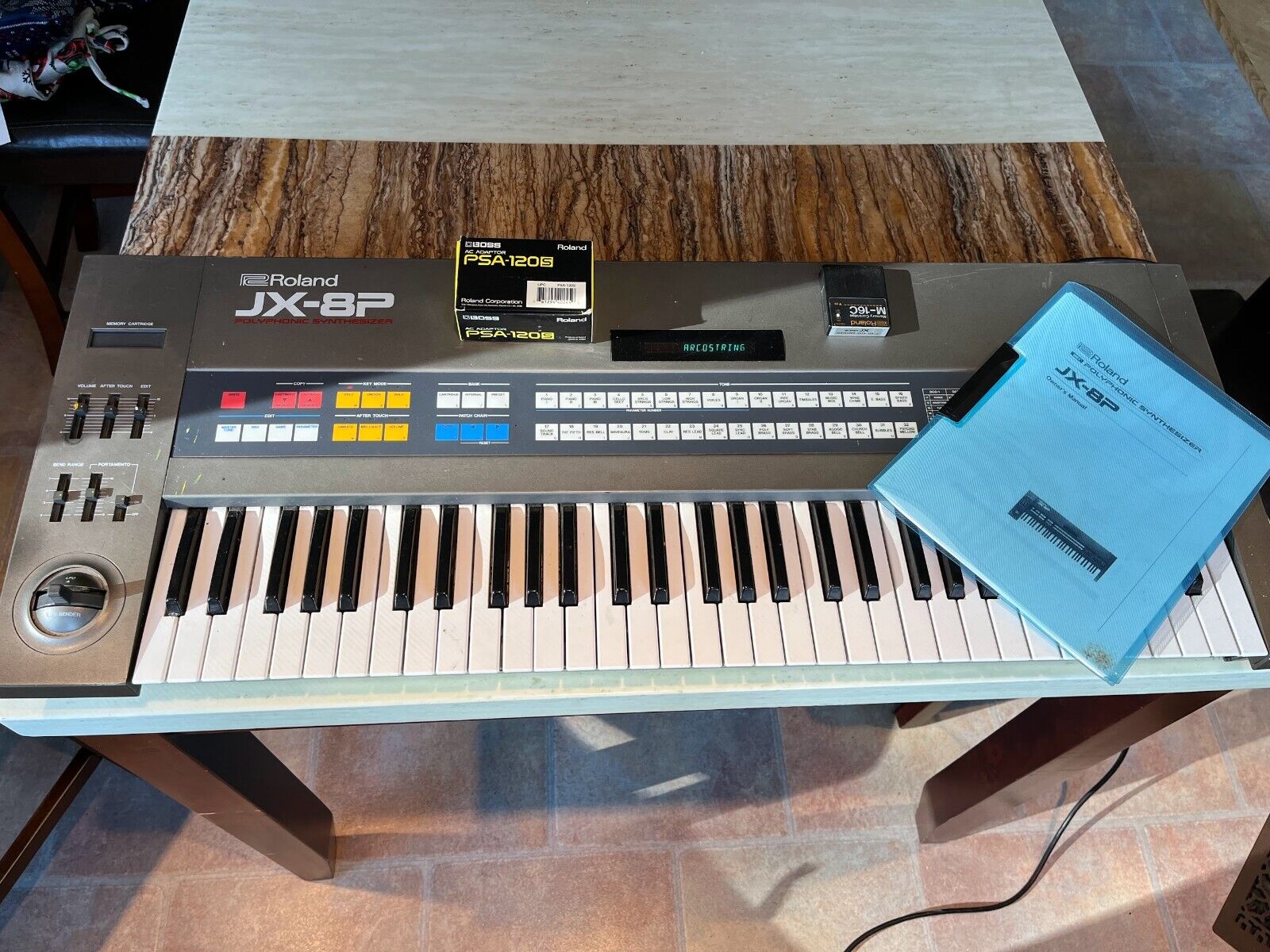 “Roland JX-8P Polyphonic Synthesizer With Memory Cartridge and Manual
We were told that it works fine, but have not tested it ourselves as we don’t have an amp. It powers up fine.
We were also told that the former owner had duct taped it to the stand that it was on, and duct tape and residue remains on the sides. It is hard to see.
We will ship with UPS, USPS, or FedEx.
This comes with the manual shown and the memory cartridge and power cord. It will NOT come with the black and yellow box shown in the pictures as we discovered that box was empty after taking the photos.
Item weighs about 27 lbs.” Click here to visit listing on eBay