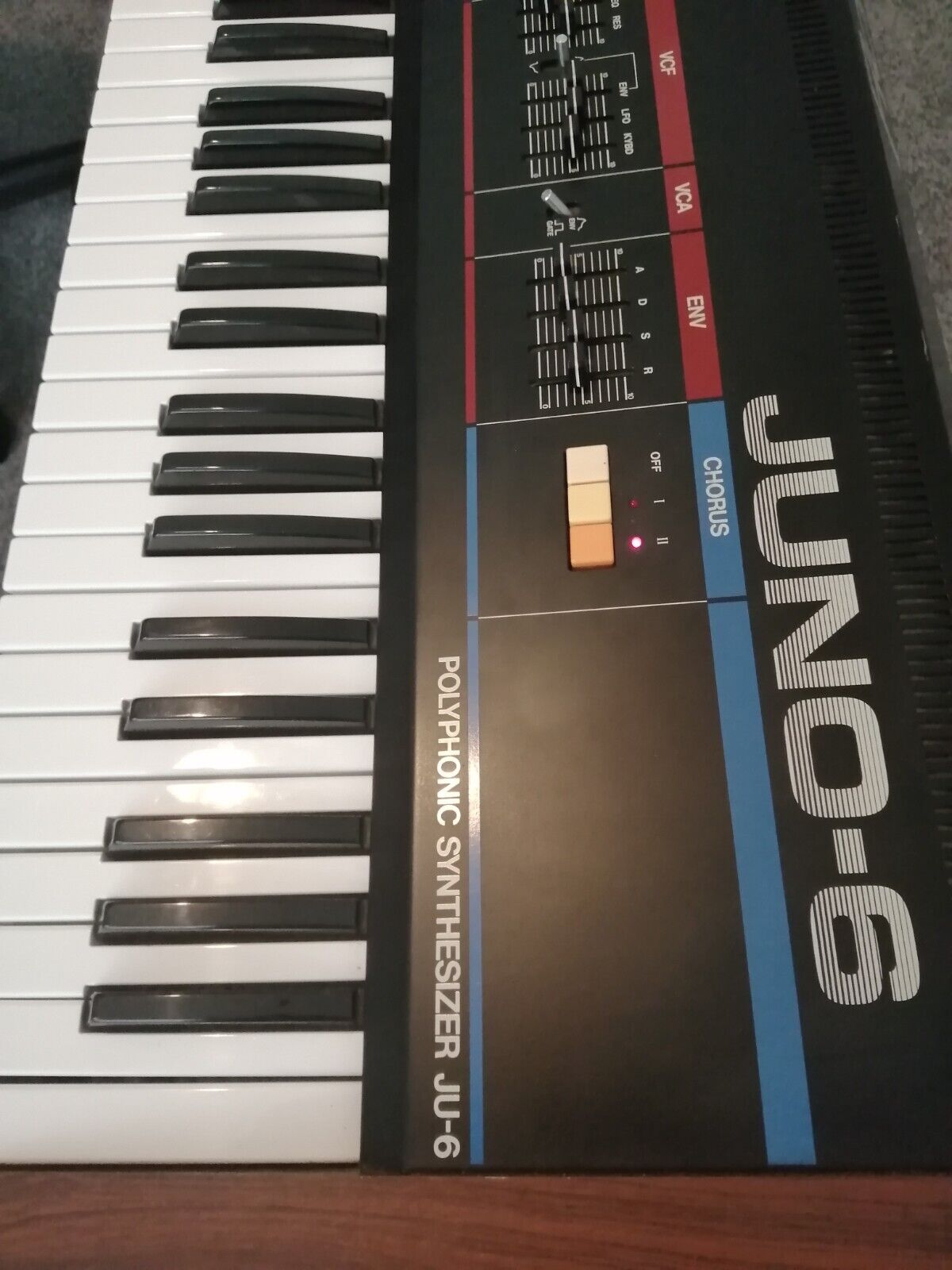 “I am selling my much beloved Roland ‘Juno 6’ this week as a short auction (with no reserve) and with the option to ‘Make An Offer’. I can honestly say, and openly admit, that it truly breaks my heart to sell this beautiful instrument, I promise you! Every single time I play it I discover something ‘new’ (timbre-wise) and literally have to drag myself away from playing it – it’s THAT inspiring.

This was originally due to be sold circa February last year but the potential buyer ‘ghosted’ me in the end. In any event, I was pleasantly surprised by the amount of very positive interest at the time, and I am absolutely certain it would have sold otherwise.

It was serviced when I first purchased it some 10 years ago (I am only the second owner); then again because the volume-dial needed to be replaced (due to it having become a little dusty/crackly); and finally once more to have the (notoriously) noisy ‘Chorus’-chip replaced with a superior component – repairs have made a 90% improvement. I did noticed a couple of notes can have a very slight delay in sounding but it is not all of the time; and only came to my attention recently because I gave the unit a very thorough going-over last month. My estimate would be that a £100 (max) would totally bring this into machine being an A+ keyboard.

Cosmetically, I would rate this (all things considered) a solid 8+/10. Better than many similar models which appear here on eBay, in my opinion (which is based upon having followed such listings over the past 6 months – where similar models have defaced text and rust-rash). Hardly any scratches and no rust on my Juno’s main chassis. Some small minor nicks on the side panels etc, which of course do not effect the functionality of the unit. Two small stickers reside on one side which I have not removed. I have never ever taken this out on a gig simply because I cherish it so much (even though I purchased it specifically for ‘live’ performance!).” Click here to visit listing on eBay