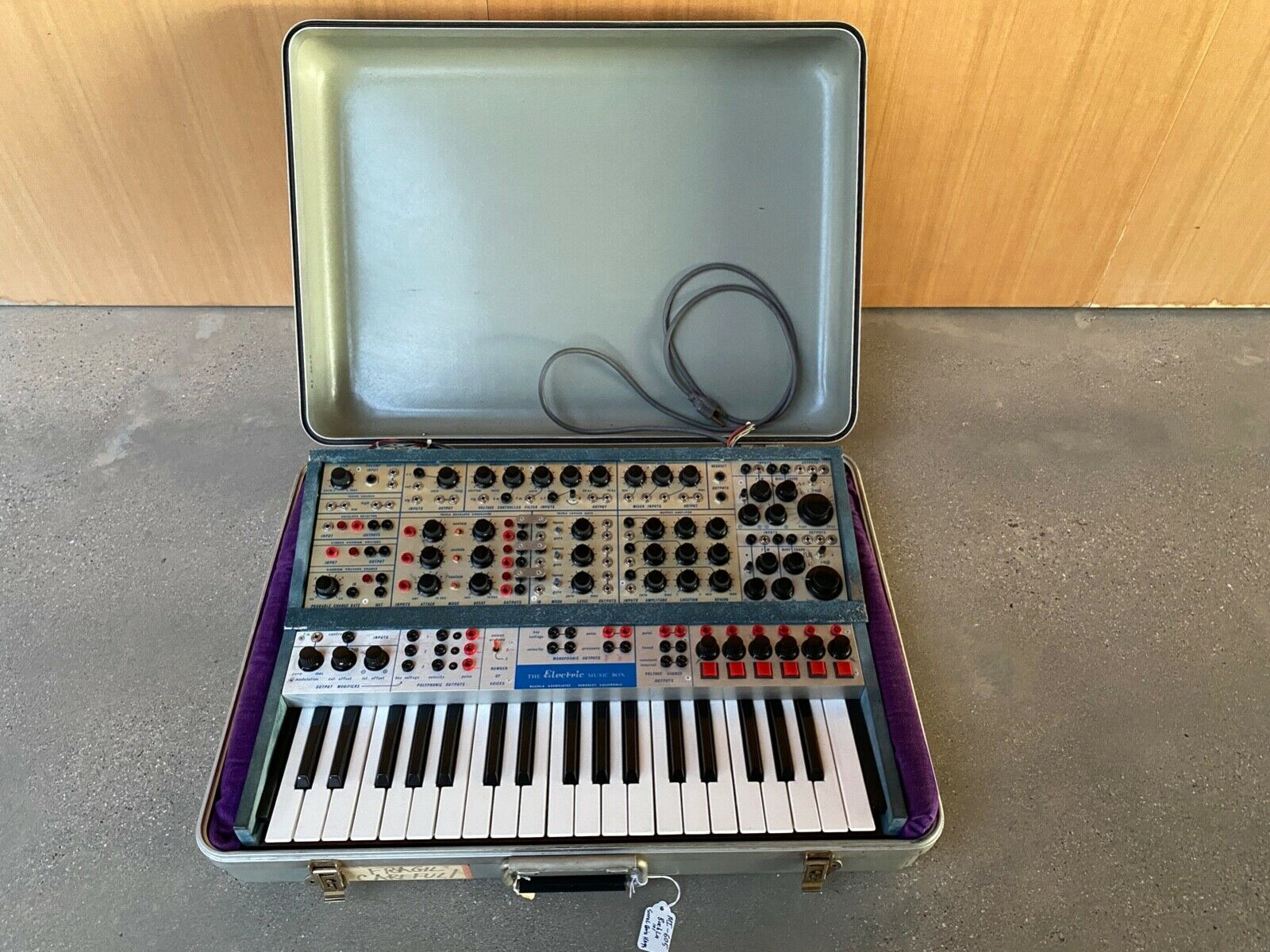 ” FOR SALE: A super rare vintage BUCHLA System 101 / 200 series Custom Portable Modular Synthesizer . Custom made for Sorrel Doris Hays by her friend Don Buchla himself. This all original unit was factory set up in a large brief case like a larger Music Easel. This unit is exactly like it left the factory and was custom ordered to be. Only the added briefcase decals which were added by the original owner Ms. Hays

The System 101 (1970-78) was a very compact polyphonic synth using modules from the 200-series. It was the smallest of the 200-series “Electric Music Boxes”, designed for on-the-go musicians. Unlike the Music Easel this unit has a 32-note standard piano style keyboard in place of the Buchla-preferred touch-plate keys for a more musician-friendly experience. This briefcase mounted 101 unit is likely the only one ever built.

Hays was born Doris Ernestine Hays was born in Memphis, Tennessee, and in 1985 adopted her grandmother’s family name of Sorrel. She studied music with Harold Cadek at the University of Tennessee at Chattanooga, graduating in 1963. She continued her education for three years studying with Friedrich Wührer and Hedwig Bilgram at the Hochschule für Musik in Munich, Germany. She then studied with Paul Badura-Skoda and Rudolf Kolisch at the University of Wisconsin in Madison, graduating with a Master of Music degree. After completing her studies, Hays taught at Cornell College in Iowa, and then moved to New York City where she studied with pianist Hilde Somer. In 1971 she won first prize in the Gaudeamus Competition for Interpreters of New Music at Rotterdam, and began an international career as a pianist. She is now known as one of the world’s foremost performers of cluster piano music.[2] In 1998 Hays was director of a graduate program in electronic music at Yildiz University, Istanbul. She has also taught as a guest lecturer at colleges and universities including Vassar and Brooklyn College.

This unit was purchased about 10 years ago from Switched On in Austin Texas. It was used during a recording session soon after it was purchased. Since then it has been in storage. Just before it was put into storage some work was done to the unit. The list of what was done way back then is here within the photos. However the unit is being sold untested, as is, for parts only. A unit this old should be expected to require some service and so selling it untested, as is, for parts only with no warranty makes this point clear and avoids any disappointment.” Click here to visit listing on eBay