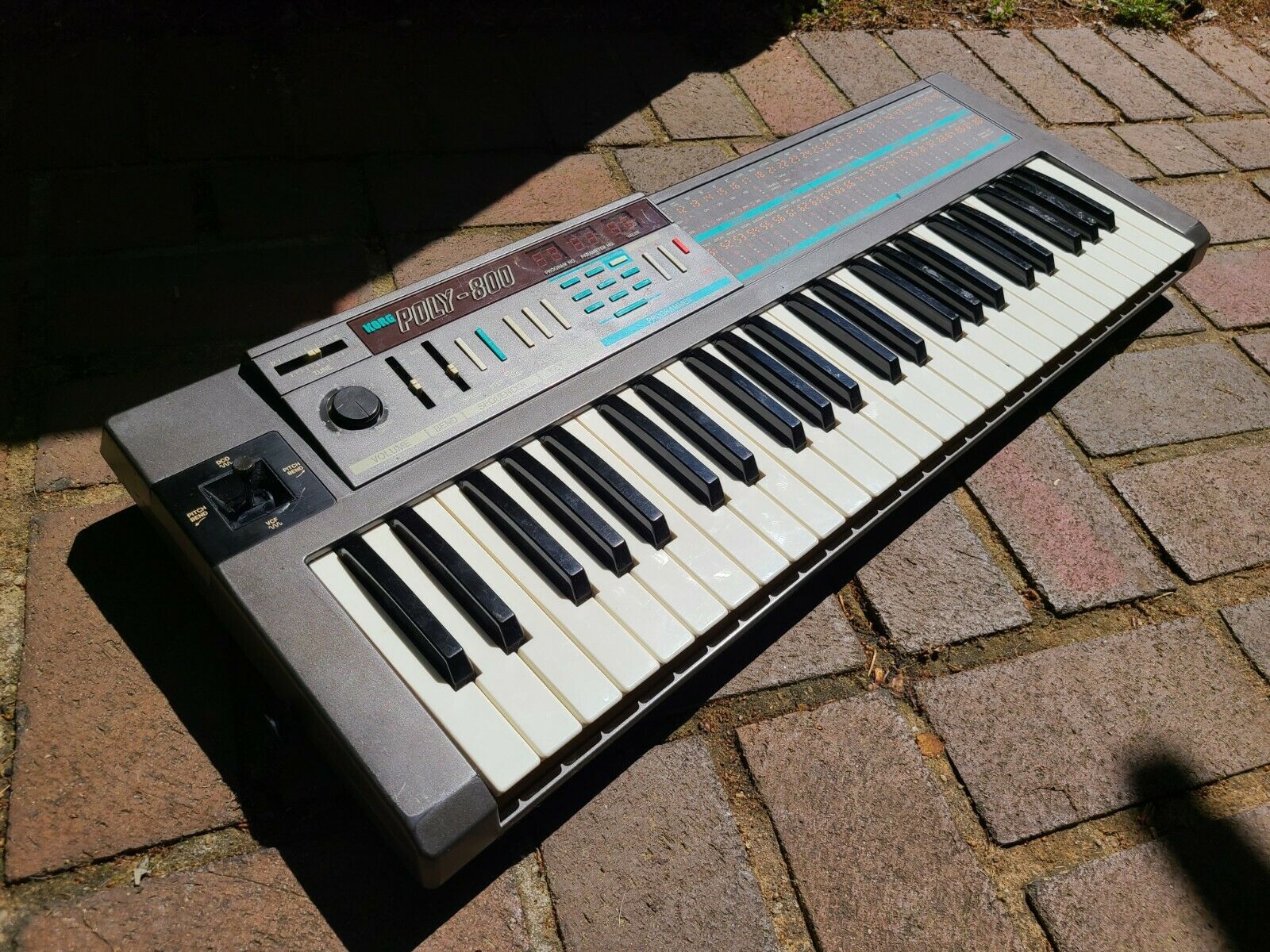 “Up for sale is my Korg Poly 800. I believe this to be a very early production model because when I installed the internal CR2032 bettery, there wasnt even a symbol on the circuit board designating where its supposed to go. Other early models had the schematic symbol for the barrery, but no battery. Then later, they came with a battery.

Anyway when I got this it barely made any sound. I retrofitted a CR2032 lithium ion battery(still correct for this synth),did a factory reset and now it works great. There is a chip taken out of 1 key but it is cosmetic only. Also one of the black keys is less sensitive than the other keys but still plays just fine. Also at some point, someone stenciled the name “Johnny Hott” on the back. I found it too hilarious to dare remove it.” Click here to visit listing on eBay