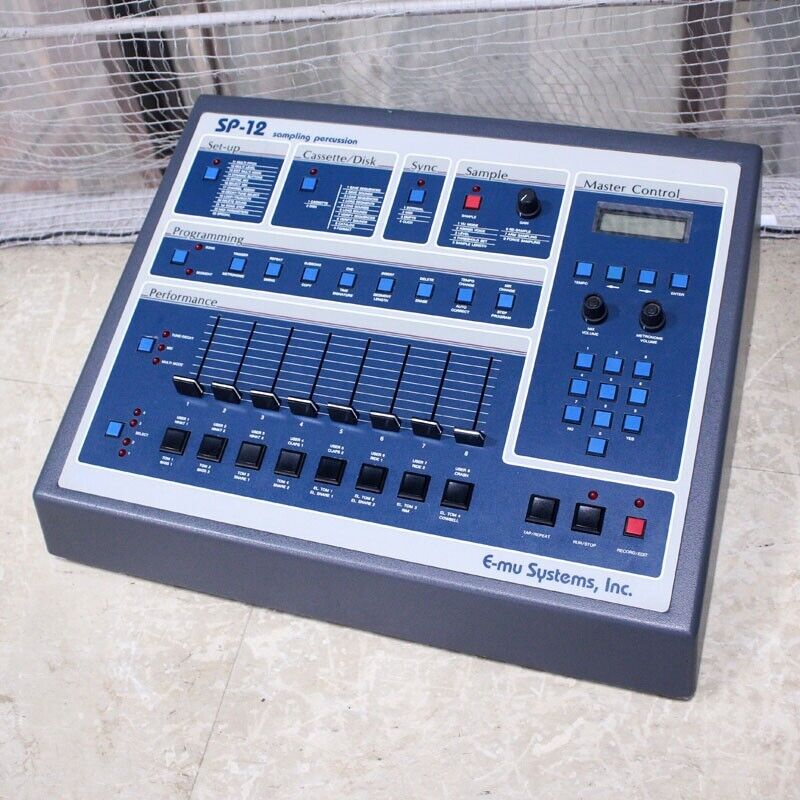 “It has been maintained by a repair company.Designed in 1985 and released in 1986, the predecessor model of the SP1200, the SP12, this 12-bit lo-fi sound is unbearable!Unlike the SP1200, the SP12, which does not have an internal drive, is a model in which user samples (up to 5 seconds with TURBO) are saved in internal memory even when the power is turned off.Used by world famous HIPHOP beat makers such as Ced-Gee, DJ Premier, and Public Enemy albums! The arrival itself is quite rare now.It is no exaggeration to say that the appearance of the SP-12 changed the history of hip-hop music production.115V specification.■ Condition: There are scratches and a feeling of use, but there is no problem for normal use■ Accessories: AC cord” Click here to visit listing on eBay